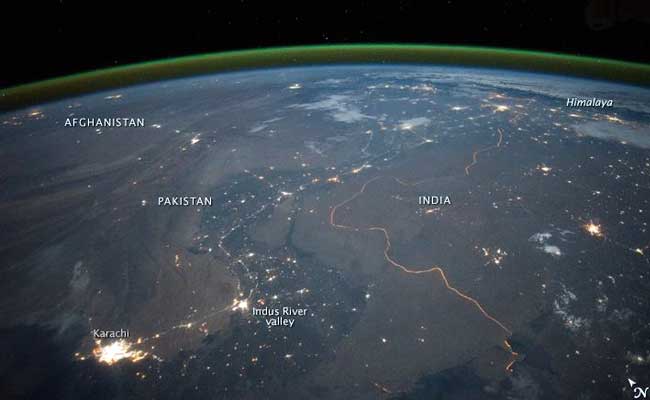 This is one of the few international boundaries visible after dark. Image courtesy: Facebook/NASA's Earth Observatory

NASA posted a photo of the border between India and Pakistan as seen from outer space on Facebook on Sunday. The photo was taken by an astronaut on the International Space Station and shows the familiar outline of the north-western segment of India picked out in glowing lights.

The astronaut who took the photo was "looking north across Pakistan's Indus River valley." The thread of orange that separates the two countries is lit by security lights that glow orange. The brightest spot visible is Karachi which faces the Arabian Sea. The Indus Valley is also dotted with lights.

This is one of the few international boundaries visible after dark. The Facebook post has been liked almost 50,000 times and has nearly 9,000 shares.

According to Nasa, "More than two millennia ago, Alexander the Great entered the Indus plains in 327 BCE from the northwest. He then spent many months leading his army and navy down the length of the Indus valley shown in this view. From near Karachi, he then began the desert march back to Mesopotamia (modern Iraq). By contrast, it takes the space station just three minutes to travel this distance".

The photo was taken on September 23 with a Nikon D4 digital camera using a 28 millimetre lens.

A similar picture was shared by NASA in 2011, which shows the border zone as seen southeast from the Himalayas. 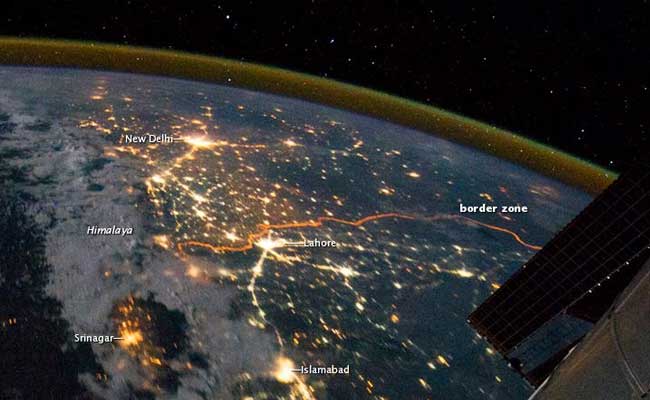