Take a look at some of the best money memes 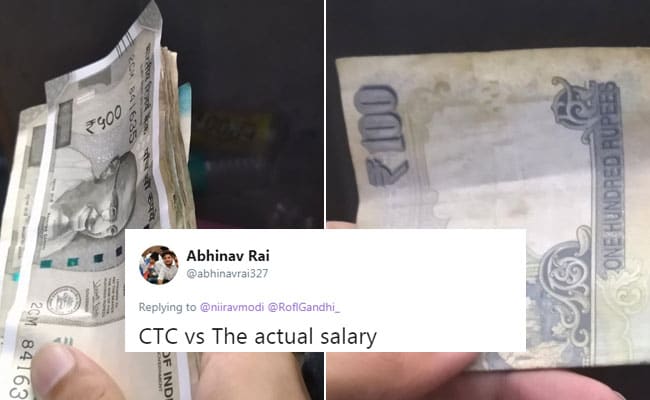 The hilarious money meme has gone viral on Twitter.

Every gainfully employed member of the society can relate to the excitement that the words "salary has been credited" can generate. Less exciting, though, is the onslaught of rent, bills, payments and utilities that arrive soon after, draining much of the credited salary. As the end of the month nears and nearly everyone bemoans their bank balance (or lack thereof), Twitter has come up with a hilarious meme to make things seem a little brighter. After all, laughter makes everything better.

The hilarious money meme, which compares a wad of cash in one hand to only a hundred buck in the other, has gone viral on the microblogging website.

Take a look at some of the best money meme tweets below:

My weekly alcohol budget vs my savings 😢 pic.twitter.com/PYgpTwdo1o

CTC vs The actual salary pic.twitter.com/MHEvWRnLA3

* In Joota churaayi rasam at indian wedding *
Pic1- Actual Price of shoes
Pic2- What your sister in law demands pic.twitter.com/tJLZ3AQHyP

for the same dish:
Restaurant vs Street Food pic.twitter.com/dXF04PQDRk

1. Money gave to mom given by relatives
2. Money that mom return me
😢 pic.twitter.com/Q5qWnHWxTc

Which money meme did you like best? Let us know using the comments section.