This Extraordinary Home Will Hang From A Cliff Side, Suspended Above Ocean

"A concept was developed for a modular home to hang off the side of a cliff as opposed to sitting on top of it," wrote Modscape Concept 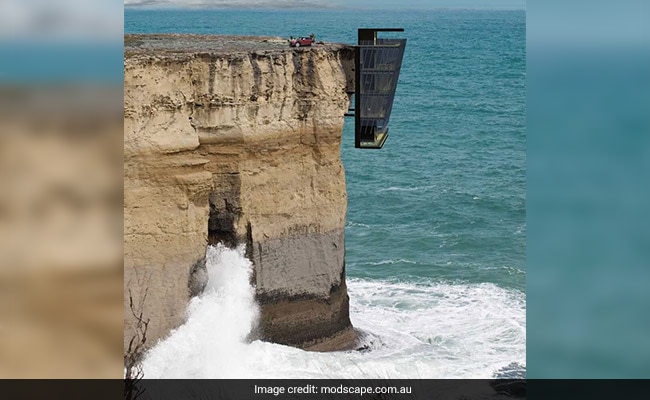 The concept design of the 'Cliff House'

Australian prefab architecture specialists Modscape Concept have designed a five-storey home that clings to a cliff's edge, suspended above the ocean. Rather than sitting on top of the cliff to disrupt the skyline, this extraordinary house juts out of the cliff's side.

"Inspired by the way barnacles cling to the hull of a ship, a concept was developed for a modular home to hang off the side of a cliff as opposed to sitting on top of it," wrote Modscape in a blog post.

According to Inhabitat, the house, aptly named Cliff House, is still a concept. It was designed in response to the growing demand for living on extreme coastal plots in Australia.

Cliff House features a vertical floor plan, with rooms stacked on top of each other. Residents would have to enter through a carport on the top floor. An elevator and stairs would connect each floor of the house.

"Internally, the living spaces feature minimalistic furnishings to ensure that the transcendent views of the ocean and the unique spatial experience of the location remain the integral focal point of the design," explains Modscape in its blog post on the Cliff House.

Would you like to live in such a house? Let us know using the comments section.