Thief Broadcasts His Face To Thousands After Snatching Phone, Arrested

More than 20,000 people were watching the live broadcast at the time of the incident. 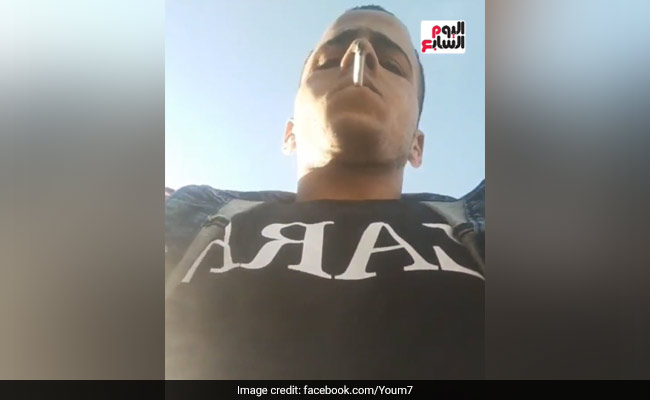 The advent of social media has allowed people to broadcast events as they happen in real-time. Most of these events are harmless and people use technology to reach a wider audience. Unfortunately, this did not happen for a man who stole a journalist's phone during a live broadcast in Egypt. As he snatched the phone and sped past the journalist on a motorcycle, the alleged thief unknowingly broadcast his face, casually smoking a cigarette, to thousands of viewers. The theft occurred as Mahmoud Ragheb,a journalist with news site Youm7, was reporting the aftermath of an earthquake that had hit the country this week.

More than 20,000 people were watching the live broadcast at the time of the incident, The Guardian reported. Many of them began looking for the man after footage of the incident was widely circulated on social media. Later, the suspect was arrested. His identity was not disclosed.

A local media report said the incident happened on a bridge in Shubra Al-Khaimah city. The journalist was moving along the side of the bridge with the phone in his hand when the thief came from behind and sped away. Viewers of the video mocked the thief for being careless and also clueless that the phone camera was rolling. In the video, the thief was seen looking behind after the snatching. The viewers targeted him for looking behind when “the whole world is watching you”.

Last year, a TV reporter was robbed of his mobile phone as he prepared to do a live broadcast in Argentina.