Public health officials have asked people to reduce hugs and handshakes to prevent the spread of coronavirus. 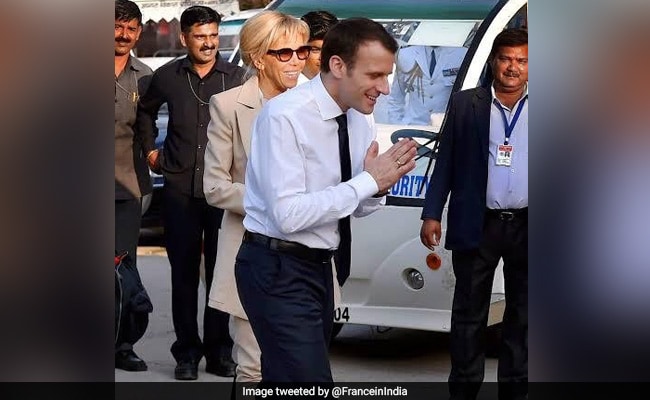 French President Emmanuel Macron has decided to greet everyone with a namaste.

People afraid of shaking hands amidst coronavirus fears are moving towards the traditional Indian "namaste" - a way of greeting each other with folded hands. The novel coronavirus spreads through contact with respiratory droplets during coughing and sneezing, doctors say. To reduce the risk of contracting the disease, many are now opting to greet friends and acquaintances with a namaste instead of hugs and handshakes - and these tweets are proof that people across the world are adopting namaste.

Indian Forest Services officer Parveen Kaswan took to Twitter this morning to share a video which shows Britain's Prince Charles greeting people with a namaste. "Namaste," wrote Mr Kaswan. "See we Indians told to do this to world many many years ago."

See we Indians told to do this to world many many years ago. Now just a class on ‘how to do namaste properly'. #CoronaViruspic.twitter.com/P1bToirPin

He is not the first one to advocate the advantages of namaste as a greeting. French President Emmanuel Macron recently greeted Spain royals with folded hands, ditching the peck on the cheeks that is customary in France. According to the Ambassador of France to India, Mr Macron has decided to now greet everyone with this "graceful gesture".

Président Macron has decided to greet all his counterparts with a namaste, a graceful gesture that he has retained from his India visit in 2018 pic.twitter.com/OksoKjW7V8

Israel Prime Minister Benjamin Netanyahu also advised citizens to opt for namaste earlier this month. "Just avoid shaking hands as I do. You can try to implement the Indian system of Namaste or say another word like shalom, but find a way, any way of not shaking hands," Mr Netanyahu said.

Closer home, actors Salman Khan and Anupam Kher were among the first to ask people to say namaste instead of shaking hands. Mr Kher called the "old Indian way of greeting" hygienic and friendly in a tweet that has been 'liked' over 17,000 times.

Of late I am being told by lots of people to keep washing hands to prevent any kind of infection. I do that in any case. But also want to suggest the age old Indian way of greeting people called #Namaste. It is hygienic, friendly & centres your energies. Try it. ???????? #caronaviruspic.twitter.com/ix7e6S8Abp

The number of coronavirus cases in India have increased to 73.