The first order came from a nearby woman, Harsh said, adding his mother's first income was Rs 35. 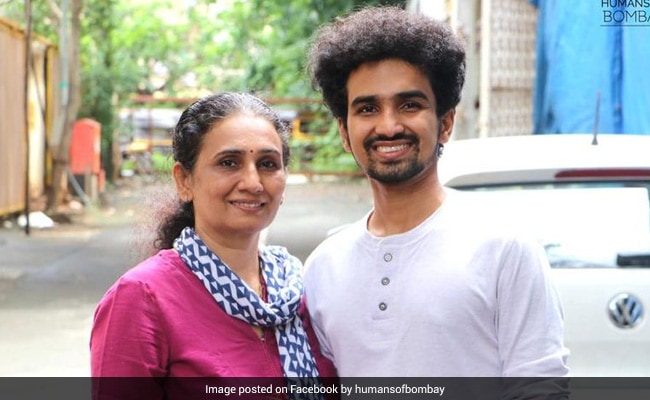 Harsh said that though they were not making much money, their "hearts were full".

Harsh Mandavia was just five years old when he lost his father in a car crash in 1998, but that didn't deter his mother from committing to raise him single-handedly.

Harsh said his mother, Heena Mandavia, would often tell him that she would ensure the best education for him. "To make ends meet, she started a tiffin service at home," Harsh told Humans of Bombay.

The first order came from a nearby woman, Harsh said, adding his mother's first income was Rs 35. With word-of-mouth, the business picked. He would deliver food cooked by his mother door-to-door.

Five years after Harsh's mother sold her first tiffin, a customer suggested the two expand their business. That is how 'Harsh Thali and Parathas' was born. The customer also helped them rent a space and paid Rs 70,000 as deposit.

Harsh did well in his class 10 exam, scoring 93 per cent marks. He said his mother wanted him to take up a corporate job after he completed his graduation but he was destined for something else.

"Nani passed away and maa had to go back to Gujarat for a while. So, I took over the business and expanded it online," he said. "After that, our turnover grew three times."

In 2016, Harsh went back to his school director and their investor and offered to return their money. "But both of them refused. Humne aap ki madad ki, aap aur das logo ki madad karo (We helped you. You, in turn, help others)", they said, and that stuck with me."

Last year, during the lockdown amid the coronavirus, Harsh said, a customer called him and said he wanted to feed 100 poor people. At first, Harsh was worried for their safety, but then he was reminded of his director and investor's words -- "We need to help others."

"So, maa and I prepared 100 dabbas and distributed it to the poor for free. That evening, I put up a post on social media saying that we were accepting orders. Soon, people from all over started donating money. Maa and I would feed 100-150 people every day," he said.

He said that though they were not making much money, their "hearts were full".

This year, when the second wave of COVID-19 hit India, Harsh Mandavia and his mother were once again there to help the poor. In just two days, they received Rs 1.5 lakh in donation.

When people ask him why they are risking their lives for strangers, Harsh said he thought of the time when strangers helped him and his mother reach where they are today. "And even if one of them had thought, 'isme mera kya fayda' (what would I get in return), maa and I wouldn't be standing here today," he said.

Humans Of BombayHarsh Thali and Parathas