"The Wind Beneath My Wings": To Anil Ambani On His Birthday, From Wife Tina

"Devoted to the family, a tireless worker, deeply spiritual and remarkably reserved..." wrote Tina Ambani for husband Anil on his birthday. 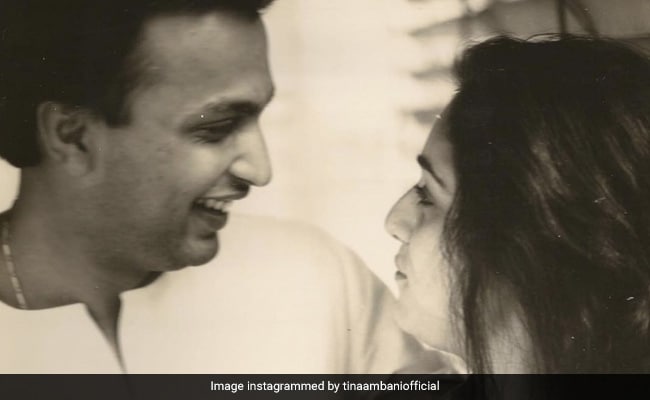 Anil and Tina Ambani have been married for 30 years.

Tina Ambani took to Instagram this morning to share a birthday message for husband Anil Ambani. In her Instagram post, she described the industrialist as a reserved man who is devoted to his family. "Devoted to the family, a tireless worker, deeply spiritual and remarkably reserved..." wrote Tina Ambani for her husband. She went on to praise Anil Ambani for being a source of strength for the family. "A source of unconditional support and strength to us all, the wind beneath my wings," she wrote, hailing him as her support system. "This is the man I know and love," said the 63-year-old former actress.

But among the several roles she ascribed to her husband, the most important came towards the end. "Happy birthday Anil... you are my happiness," wrote Tina Ambani.

Alongside the birthday message, Tina Ambani shared a family photo of the couple with their two sons, a picture of the two of them together and, finally, a pic of Anil Ambani smiling for the camera.

The post, shared this morning, has received thousands of 'likes' and a number of comments from people wishing the industrialist on his birthday.

Tina Ambani's Instagram is filled with photographs of friends and family. On World Family Day, she had shared another family photograph featuring husband Anil and sons Anmol and Anshul Ambani.

Tina Ambani had dedicated her Valentine's Day post to the "three loves" of her life - her husband and her two sons. Sharing a picture from a family vacation, she had written, "Indeed, love is everywhere, all the time, through the seasons and the phases of the moon. Love is a force of nature!"

Before that, she had also posted a birthday message for brother-in-law Mukesh, who is Anil Ambani's elder brother.

Tina Ambani had started her Instagram journey in 2019, and one of her earliest posts had been dedicated to her husband. She had shared a black and white picture which shows the couple smiling at each other, captioning it "A lifetime in one look."

Anil Ambani was born on June 4, 1959 to the founder of Reliance Industries, Dhirubhai Ambani and his wife Kokilaben. He married Tina Ambani (then Tina Munim) in 1991.