The Story Behind The "World's Loneliest House"

Rumours, questions and theories have swirled around this white house on the remote island for a long time now. 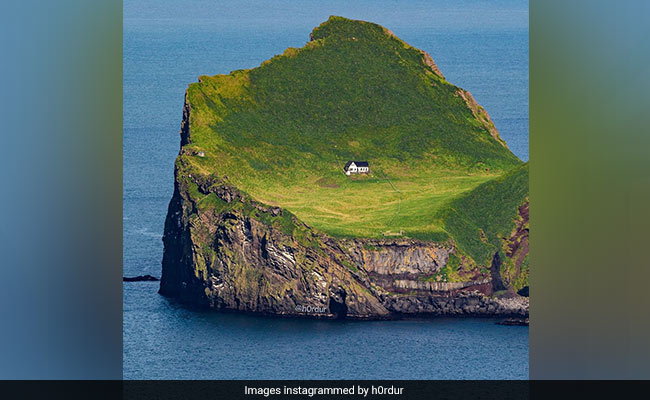 This house on a remote island has been dubbed the world's loneliest house.

Photos of a tiny white house, standing all alone on a remote island, are currently going viral online and giving rise to mysterious theories. Dubbed the world's loneliest house, it is also being hailed as an introvert's dream residence.

Photos of the white house began to go viral after they were posted to Instagram last week. The photographs show a picturesque log cabin perched on a green hillside, surrounded by blue seas on either side.

According to The Mirror, this house is situated on Ellidaey, a remote island south of Iceland. This small island is part of Vestmannaeyjar, an archipelago of 15 to 18 islands. Today, the island is deserted, but it was once inhabited by five families. The last of these families left in the 1930s and the island has been uninhabited since then.

Rumours, questions and theories have swirled around this white house on the remote island for a long time now. One such rumour claims that it was built by an eccentric billionaire who planned to use it in case of a zombie apocalypse, reports The Sun.

Others have suggested that the house belongs to famous Icelandic singer Bjork or to a religious hermit.

Some on social media have even claimed that the house doesn't exist at all and the photographs have been Photoshopped.

In reality, the house does stand on the island of Ellidaey and is owned by the Ellidaey Hunting Association. Built in the 1950s, it serves as a hunting cabin and sauna for members of the association, which hunts puffins.

Would you like to stay on this isolated house? Let us know using the comments section.