Ever thought you would see Jim and Pam dancing to 'Lagawelu Jab Lipistick'? 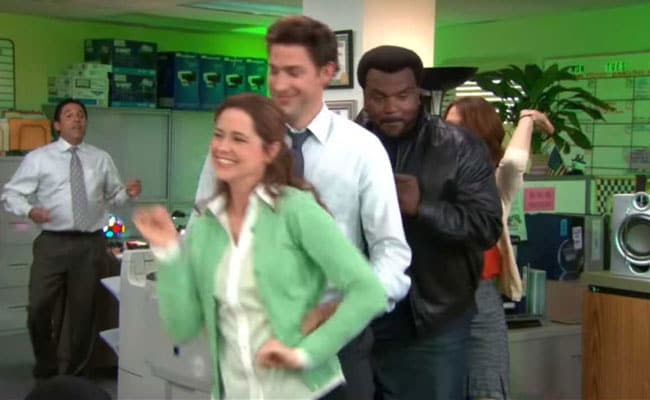 A video of 'The Office' cast dancing to a Bhojpuri song has gone viral online.

Fans of the popular American sitcom 'The Office' are sure to love this hilarious, quirky video. A Reddit user recently decided to create a mashup of a scene from the show synced perfectly to a Bhojpuri song. Ever thought you would see Jim and Pam dancing to 'Lagawelu Jab Lipistick'?  Neither did we - but here we are! The video of 'The Office' cast dancing to the hit Bhojpuri song has gone viral on social media and amused many.

While many have praised the slick editing, others have commented on how perfectly the Reddit user synced the song and the video.

Take a look at this hilarious mashup below, it's sure to leave you in splits:

Since being shared online on Sunday, the video has collected a ton of comments.

"This is perfect OP...." wrote one commenter. 'OP' in Reddit lingo refers to original poster.

"Best thing on the internet today," said another, while a third suggested: "Great work! Next would be Rinkiya Ke Papa?!"

Mashups of two popular things never fail to amuse the Internet. Before we were treated to this The Office/Bhojpuri song mashup, it was a video of Hrithik Roshan dancing to the same song, 'Lagawelu Jab Lipistick', that won the Internet over.

Rare Albino Seal Spotted In Russia. It Has Been Nicknamed "Ugly Duckling"