The Moment A Wildlife Photographer Found Himself Facing A Leopard

Game ranger Dillon Nelson was filming a mother leopard and her young daughter when the inquisitive cub approached him. 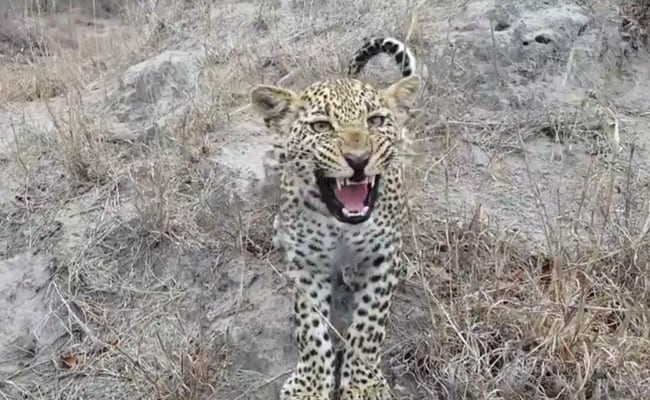 Dillon Nelson found himself face to face with a leopard in South Africa.

A video shows the moment a wildlife photographer found himself face to face with a curious leopard cub. Game ranger Dillon Nelson was filming a mother leopard and her young daughter when the inquisitive cub approached him. According to Daily Mail, the incident occurred at the Sabi Sands nature reserve, South Africa.

In the video, the 10-month-old climbs down from her mound and ends up inches away from Mr Nelson. The 25-year-old photographer freezes as the curious leopard first extends her paw to examine his boot and then hisses at him.

"I work in the area as a game ranger or nature guide and take people out on safari and bush walks," said Mr Nelson, according to Metro News. "We were following a resident female leopard and her 10-month-old cub as they moved through very dense thicket.

"With the cub being quite young and inquisitive she came to investigate what my shoe might be. Possibly thinking or hoping it was a scrub hare or squirrel... 'As I saw her approaching I already knew it was too late for me to move. I thought I should just keep still and allow her to investigate."

Mr Nelson said that during the "thrilling" encounter, he felt "quite nervous but more excited than anything else".