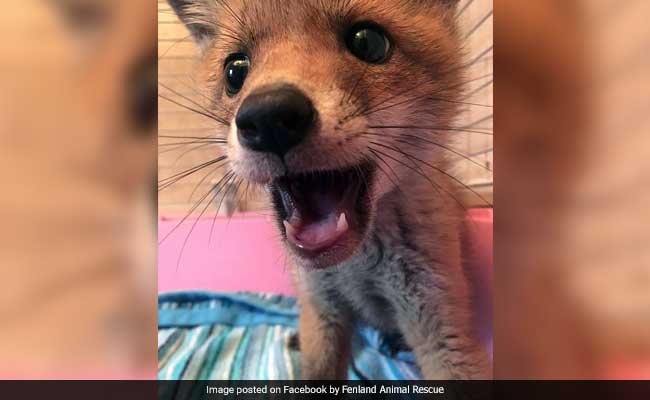 The cub, though severely dehydrated when found, is now doing much better.

A fox cub was discovered hiding under a living room sofa in Welney, England. According to a Facebook post by the Fenland Animal Rescue on May 20, the fox cub was rescued after a woman found him stuck in her living room. The adorable cub was discovered under the sofa when she noticed a weird smell in the house and her cat started acting suspiciously. When she decided to investigate and looked under the sofa, she found two little black eyes staring back at her!

Fenland Animal Rescue, however, was happy to report that despite being seriously dehydrated, the cub still had a little energy left. Now, after ten days of treatment and careful feeding, he is doing much better and, once he is older, will be released back into the wild.


On social media, meanwhile, the little fox cub has received lots of love.