The Funniest Memes That Came Out Of Meghan And Harry's Interview

Take a look at some of the funniest memes that came out of the explosive interview. 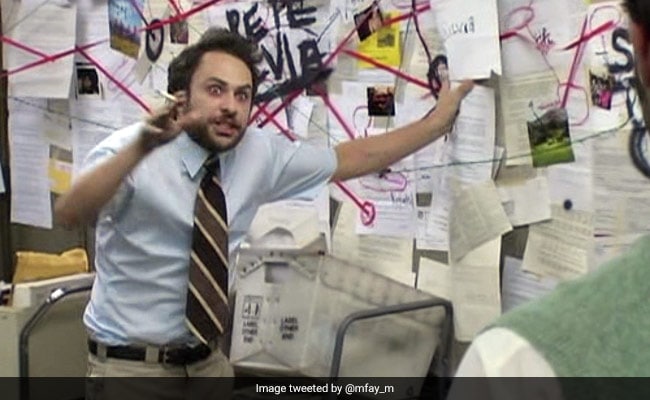 Twitter was flooded with memes after Harry and Meghan's interview.

The excitement on Twitter was palpable after Meghan and Harry's explosive interview with Oprah aired on Sunday in the United States. Even before the interview aired, rumours flew thick and fast about what the couple would reveal in their first interview after they quit the royal family and relocated to North America last year. With "no questions off limits", Meghan spoke about how isolating life was as a member of the British Royal Family, how she faced negative press coverage that affected her mental health to the point where she had suicidal thoughts and, perhaps in the most shocking revelation of all, said that a member of the institution had raised concerns about "how dark" her son Archie would be.

The bombshell revelations generated a huge buzz on social media. On Twitter, Meghan Markle, Queen and The Crown trended high, along with #OprahMeghanHarry.

Take a look at some of the funniest memes that came out of the explosive interview:

everyone watching meghan and harry take down a 1200 year old imperialist institution #HarryandMeghanonOprahpic.twitter.com/ZaXSuuyurc

In conclusion, the British monarchy is even worse than they're portrayed in The Crown. #HarryandMeghanonOprahpic.twitter.com/Nc4HSB3dSB

ONCE AGAIN AMERICA WILL DEFEAT THE BRITISH MONARCHY BY SPILLING TEA

netflix watching this interview taking notes for season 10 of The Crown
#HarryandMeghanonOprahpic.twitter.com/Zv5mlDvCb9

Writers and producers of The Crown watching this interview like #HarryandMeghanonOprahpic.twitter.com/yvCgQpVlFx

Others imagined how the royal family would react to the interview

Americans be like: can't wait for the brits to wake up and discover their royal family is racist!

Every Brit on my timeline pic.twitter.com/LtjQOGAeyP

“hi guys, lotta rumours on the timeline tonight so i just wanted to go live to share some truths” pic.twitter.com/eS3WLKDIYT

Here is a look at the six big bombshells from Harry and Meghan's interview.