The Boundary Between Night And Day On Earth, As Seen In Jaw-Dropping Pics From Space

The pics were shared by NASA astronaut Robert Behnken. 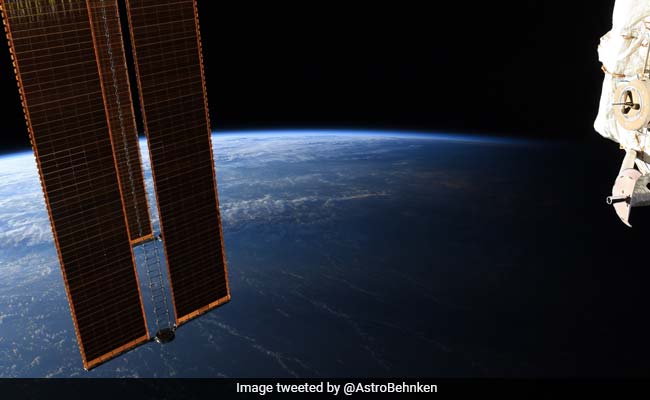 The boundary between night and day on Earth.

NASA astronaut Robert Behnken has shared jaw-dropping pictures that show the boundary between night and day on Earth, as seen from space. Astronaut Behnken, who is current aboard the International Space Station, enjoys a view of Earth that most of us will probably never get to see in real life. Thanks to him, however, Earth-dwellers can enjoy a glimpse of the blue planet from space too.

On Monday, Robert Behnken (who is also known by his nickname Bob Behnken) took to Twitter to share two photographs that have captured the boundary between night and day on Earth.

"My favorite views of our planet that capture the boundary between night and day," he wrote while sharing the pics that show one part of our planet shrouded in darkness and the other in light.

My favorite views of our planet that capture the boundary between night and day. pic.twitter.com/Jo3tYH8s9E

The photos have created a stir on the microblogging platform, collecting over 57,000 'likes' and more than 8,000 'retweets' in a day.

"Wow that is such an incredible picture," wrote one person in the comments section.

"Unbelievable," said another, while a third added: "Awesomeness at its peak."

Mr Behnken is one of the two astronauts who went to space earlier this month in a historic flight. Along with astronaut Doug Hurley, he entered the International Space Station on June 1 after a landmark 19-hour journey on SpaceX's two-stage Falcon 9 rocket.

Astronaut Hurley had earlier shared an incredible view of a huge Saharan dust plume spreading over the Atlantic Ocean.

We flew over this Saharan dust plume today in the west central Atlantic. Amazing how large an area it covers! pic.twitter.com/JVGyo8LAXI

What do you think of these pics? Let us know using the comments section.