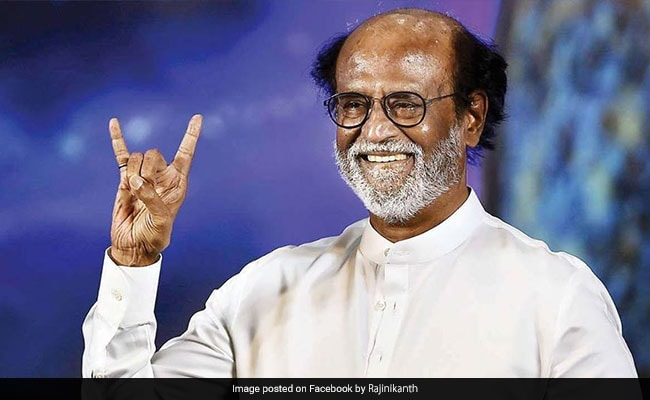 New Delhi: "Vannakam." With just one word, superstar Rajinikanth made his Facebook debut less than 24 hours ago. On Instagram, posting an image from his 2016 film Kabali, the actor-turned-politician had just one request for his fans: tell everybody about his growing social media presence. "Vannakam! Vandhuten nu sollu" - which roughly translates from Tamil to English as "Hello, I am here, tell everybody" - is how he captioned the picture. And, before you ask, of course the superstar has the official blue tick on both platforms.

On Facebook, it didn't take long for Rajinikanth to rack up over 151,000 followers (and counting).

On Instagram, which Rajinikanth joined four days ago, his post accumulated over 46,000 likes and he gained over 71,000 followers.

And, in case you were wondering, no, Thalaivar isn't following anyone himself on Instagram.

Four years ago, Rajinikanth had a blockbuster debut on Twitter.

Salutation to the Lord. Vaakkam aaivarukkum !! A big thank you to all my fans. Excited on this digital journey http://t.co/79ea6MrDe3

Rajinikanth tweets only occasionally. He has over 4.5 million followers on Twitter.

On Monday, Rajinikanth made his first public speech after announcing his decision to enter politics. The superstar, speaking to thousands of students at a private university just outside Chennai, said there was a "vacuum" in Tamil Nadu politics that he would fill.

On December 31, the 67-year-old superstar announced he would launch a political party and contest all 234 assembly constituencies in Tamil Nadu in the next elections due in 2021. Rajinikanth has so far refused to confirm whether he will contest the national election in 2019.

Promoted
Listen to the latest songs, only on JioSaavn.com
His friend and contemporary Kamal Haasan launched his own political party, Makkal Needhi Maiam, last month in Madurai.