What Did People Do Before Alexa? Ellen DeGeneres' New Ad Has The Answer 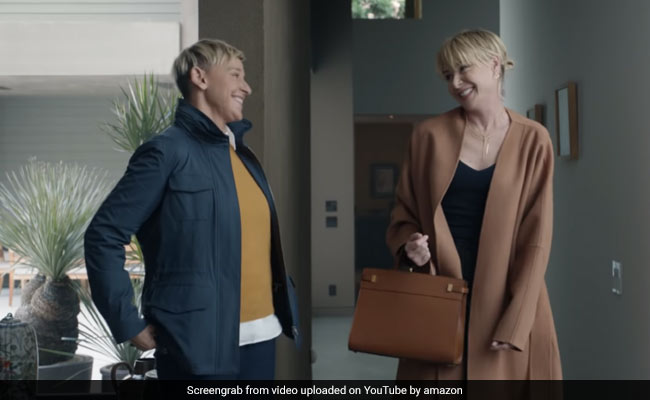 Comedian and show host Ellen DeGeneres teamed up with wife Portia de Rossi for a hilarious Super Bowl 2020 commercial. Their ad for Amazon, which imagines life before its virtual assistant Alexa, has become an instant hit online after it was shared on social media by the company's founder and CEO, Jeff Bezos. Mr Bezos shared the ad Wednesday morning. The commercial, which will run during the Super Bowl football championship, features Ellen DeGeneres, 62, with wife Portia de Rossi.

The commercial begins with Ellen asking Alexa to turn down the thermostat and wondering how people lived before its voice-controlled convenience. The scene soon shifts from the comedian's living room to an indeterminate time period where a maid "turns down" the temperature two degrees by throwing two flaming logs out of the window.

The clips after that feature a court jester named Alexi who does not know any jokes and a newspaper boy, Alex, with papers full of "fake news". Al, who can't play songs on request, and Lexi, who thinks the earth is flat, feature next in this montage of clips imagining life before Alexa - Amazon's virtual assistant that can, in contrast, tell jokes, play songs and share interesting facts on command.

How does the Super Bowl 2020 ad end? With a dragon and a Nixon lookalike! See for yourself:

The Amazon Alexa commercial has collected over 2.5 lakh views on Instagram and another 81,000 on Twitter. It has also earned a number of compliments.

"Creative director needs a raise," wrote one Instagram user. "That was Gold. Pure gold," said another.

What do you think of this Ellen DeGeneres commercial?  Let us know using the comments section.