"I really hope that Microsoft sees the humorous side to the ordeal." 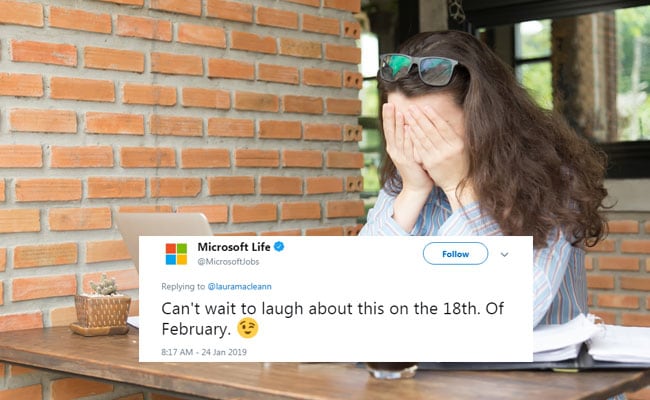 At 11 am on January 18, when she did not receive the expected Skype call from Microsoft, Laura tells Buzzfeed News that she began to panic and emailed the recruitment team. 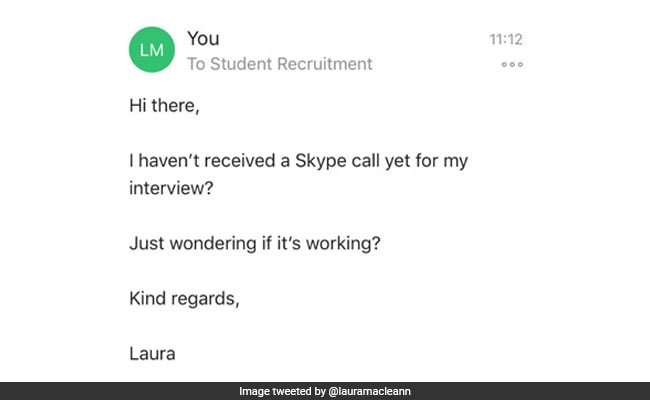 A representative from the team responded to explain that the interview is scheduled for "the 18th of February" - but Laura still didn't register her mistake. In fact, she replied to the email and told him it was February 18. 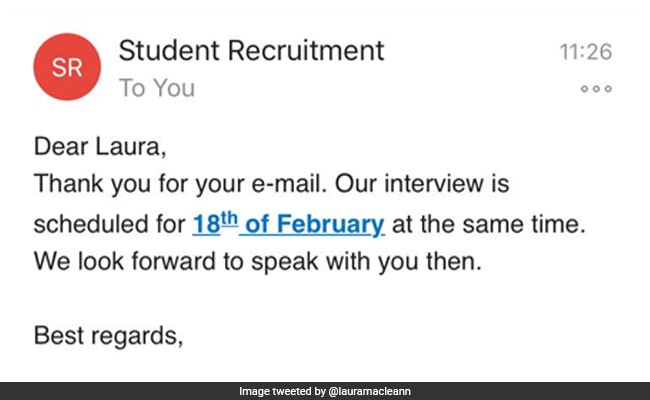 "It is the 18th of February and it was scheduled for 11am? And I still haven't received a call?" she wrote. 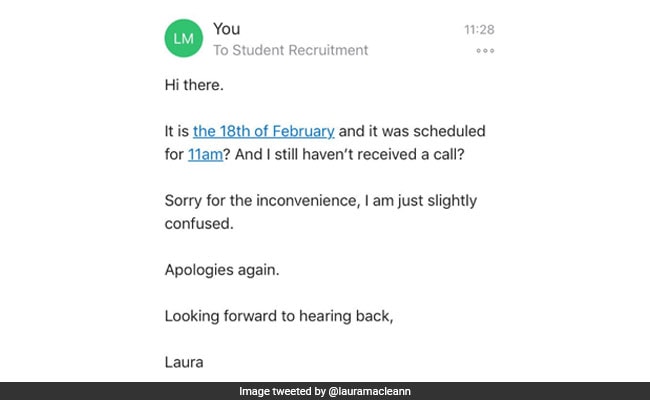 The recruitment team finally had to explain to her that she was writing to them a whole month earlier, on January 18. 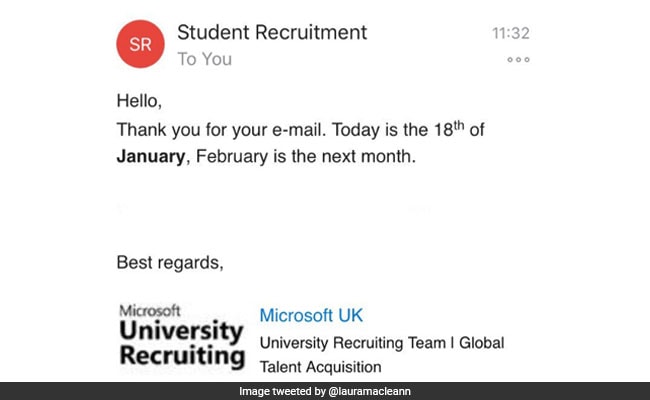 "When the team emailed back reminding me it was in fact January and February was the next month, I quite frankly wanted to disappear into thin air," Laura said to Buzzfeed News.

Since she shared the email exchange on Twitter, it has gone viral with over 1.8 lakh 'likes' and more than 35,000 retweets.

all dressed up ready n freaking out for my big skype interview with Microsoft and this happens. possibly the biggest noob on this planet hahahahaha if you don't laugh you'll cry pic.twitter.com/OKn2n8i39z

In fact, Microsoft even responded to her viral tweet.

Can't wait to laugh about this on the 18th. Of February.

And she gained a lot of sympathy from other netizens.

You were a month ahead of your deadline, that's impressive tbh

I've done it. I turned up at an interview a week early. I was actually offered the job the following week lol.

My last Skype interview with Microsoft was rescheduled but nobody told me, so I waited, dressed to the 9s at 7am local time, thinking I'd been rejected already for sure.

I got the job.

Don't sweat it, you'll be fine. The interviewers are all remarkably human

"People have been so lovely about the situation - I've had so many people around the world telling me about their similar situations and it's been a great consolation," Laura tells STV News.

"I really hope that Microsoft sees the humorous side to the ordeal and that I have an intense dedication to punctuality - albeit a little too good."

Man Thought He Was Digging Up Old Bottles Until They Started Smoking. Then...