"That bear is the last memory I have of her speaking in her normal voice," said Mara Soriano. 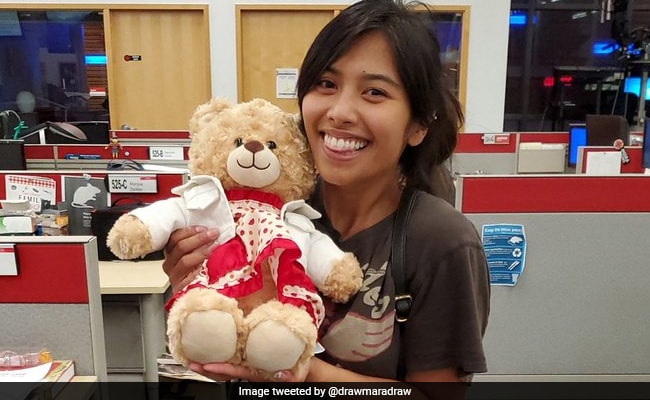 A woman has been reunited with the teddy bear that contains her dying mother's final message.

A teddy bear that contained a dying mother's last message to her daughter has been returned to her after a four-day disappearance. Mara Soriano's teddy bear was inside a backpack that was stolen as she moved houses in Vancouver, Canada, reports the BBC. The bear, when pressed, played an audio recording of her mother, who died of cancer last year.

Mara Soriano's Twitter appeal for the safe return of the bear gained worldwide attention. Vancouver-born actor Ryan Reynolds was among the celebrities who offered a reward for the bear - he said he would give $5,000 to anyone who returned the bear "zero questions asked".

According to CBC News, after days of searching and pleading, Mara Soriano, 28, received an email on Tuesday from someone who said he had the bear. Late on Tuesday, two men, who said they had found the plush toy, returned it to an overjoyed Ms Soriano.

The two parties arranged to meet at a public place. "We waited, and lo and behold, he just pulled Mama Bear out of his bag, and I just immediately started crying!" Ms Soriano said to Global News.

The teddy bear was stolen while Ms Soriano and her fiance were unloading a van. The backpack containing the bear disappeared in the few minutes it was left unattended. Security footage shows a man picking up the bag and walking away.

The man who returned the bear said he saw security footage of the theft, recognised the thief and retrieved it from him.

Ryan Reynolds thanked the people who facilitated the bear's return in a tweet.

In happier news... thank you everyone who searched high and low. To the person who took the bear, thanks for keeping it safe. Vancouver is awesome. #FoundMarasBearhttps://t.co/X7FlyiR89P

Mara Soriano was born in the Philippines. She lost her mother to cancer last year.

"At hospice, her voice was different. Much softer. Not the mom I grew up with," she said to CBC News. "That bear is the last memory I have of her speaking in her normal voice.

"She said that she loved me and she was proud of me and that she'll always be with me."