This Company Has Given All Employees $10,000, First-Class Plane Tickets

"So with everybody's two first-class tickets to anywhere in the world, you are each getting $10,000," the Spanx CEO said in her speech 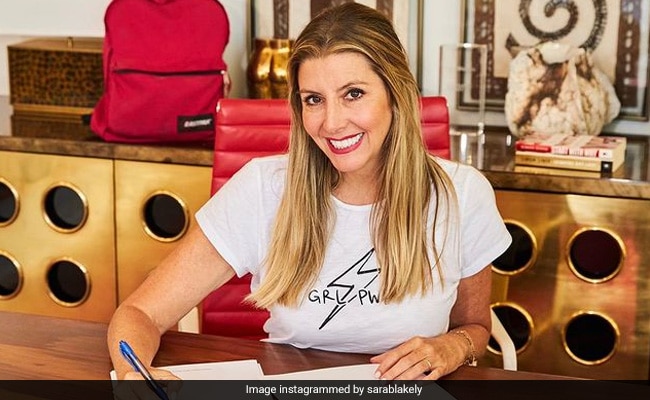 The chief executive and founder of shapewear company Spanx recently surprised all her employees with two first-class plane tickets to anywhere in the world and $10,000 to spend on the trip. Sara Blakely, 50, announced the one-time bonus to celebrate her company's $1.2 billion deal with Blackstone.

According to NPR, Ms Blakely once made a living by selling fax machines door-to-door. But that was two decades ago. In the time since, she has launched a pioneering shapewear company and been named the world's youngest self-made female billionaire (by Forbes in 2012). Now, global investment firm Blackstone is buying a majority stake in her company Spanx - and Sara Blakely celebrated the news by surprising her employees with two first-class plane tickets to anywhere in the world, a video shared on her Instagram revealed.

"Why am I spinning a globe?" she asked her assembled employees in the middle of her speech.

Then, to roomful of stunned employees, she announced: "I'm spinning a globe because to celebrate this moment, I have bought each one of your two first-class tickets to anywhere in the world."

And that wasn't all.

The camera panned to show employees cheering loudly at their CEO's announcement. Some even teared up.

On Twitter, the video has racked up over 3.2 million views and a lot of love for Ms Blakely.

That's how you give back to your employees and show appreciation. Facebook, Amazon, Tesla, Apple etc; hope you're taking notes. This is an amazing story and tweet.

"Employers like this truly understand that their company wouldn't be anything without their employees," one person wrote.

Employers like this truly understand that their company wouldn't be anything without their employees. I know some bosses out there that would've been like here's a pizza party ????

"I can't imagine how grateful these employees were. What a wonderful way to say thanks!" another said.

So awesome. After 30 years working for a company, I rcvd a $650 gift card. While I appreciated the gift auto sent by HR, not one person realized or said anything to me. I can't imagine how grateful these employees were. What a wonderful way to say thanks!

However, there were also those who criticised the move. Some called it a "consolation prize"

No, the BEST part would have been if she'd allowed her (mostly female) employees to make their own *millions* by receiving stock in the company as its valuation soared.

Instead, she chose to retain 100% ownership - and this is their consolation prize. https://t.co/xyQvZZF9ul

Oh my god… the criticism and complaining in these comments is unbelievable. BE HAPPY for these people. It's incredibly generous.

In her speech, Sara Blakely also reminisced about her journey with Spanx, which she launched in 2000. "I said this company will one day be worth $20 million, and everybody laughed at me," the visibly emotional CEO said.