"Some Dogs Out There...": UK Veterinarian On Dogs Wearing Sunglasses

A Veterinary Hospital in England has recommended that active dogs over a certain age should wear visors or goggles when they go out. 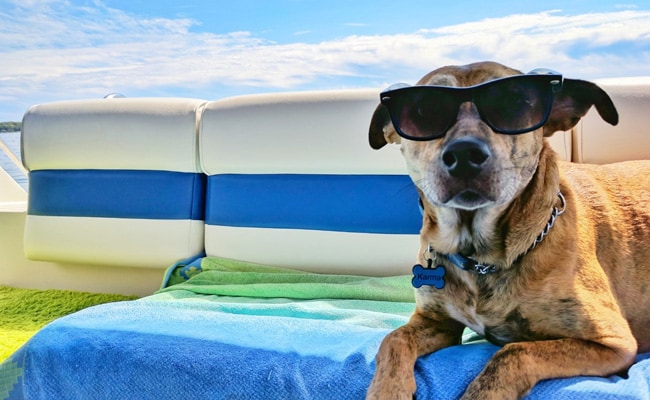 According to vets in the UK, dogs can be protected from the sun with sunglasses

A Veterinary Hospital in England has recommended that active dogs over a certain age should wear visors or goggles when they go out. Dogs that enjoy running on the beach or going on bike rides with their owners will benefit from wearing sunglasses says the institute.

According to BBC the specialists at Eastcott Veterinary Hospital told an owner of a fourteen year old poodle that the dog's iris had become weaker as she had aged, meaning her iris muscle was not strong enough to pull the pupil tight.

This causes iris atrophy which cannot usually filter brightness and therefore vets have advised the dog owner to make their pet wear sunglasses.

Ida Gilbert who is the head of Ophthalmology at Eastcott Referrals said in an interview with BBC "Some dogs out there could benefit from being on them (sunglasses). It could even reduce the amount of medication they would require,"

She went on to explain further by giving an example of German Shepherds who are known to have an inflammatory condition called Pannus, which can became worse with UV light exposure. These dogs would be ideal candidates to wear sunglasses while out in the sun.

Dogs that undergo eye surgery or any procedure around their eyes also are suitable candidates to wear ski-googles, or visors. This can help protect them from the glare of the sun as well as prevent them from pawing at the wound.

While it may take some time for dogs to adapt to wear the sunglasses, several testimonies from the internet say that once the pets get used to them, there seems to be no problem at all.