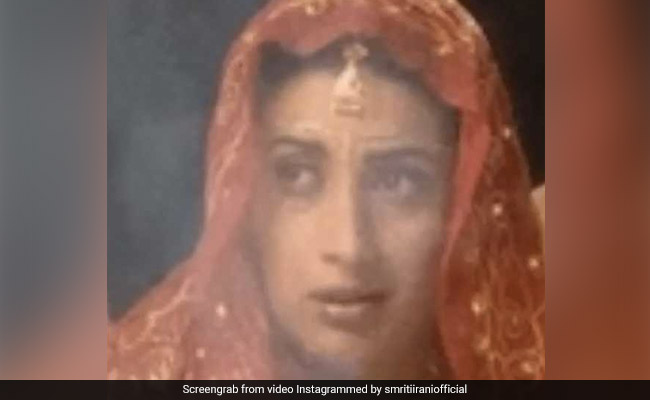 It's been a while since popular show Kyunki... Saas Bhi Kabhi Bahu Thi ended but trust Union Textiles Minister Smriti Irani to remind us it's still sort of relevant in this day and age. In an Instagram post made earlier today, the actor-turned-politician posted about her #TuesdayTroubles. What's interesting, however, is how she used a GIF from the show that made her a household name to explain her point.

"#When the doctor says you need to loose weight #tuesdaytroubles (sic)," says Ms Irani. Barring the misplaced hashtag and the typo, we've already been won over by Ms Irani's post. But wait till you see the GIF she posted to explain her point...

#When the doctor says you need to loose weight #tuesdaytroubles

For those who don't remember, this is the exact moment Mihir, earlier considered dead, comes back home moments before Tulsi (the character played by Ms Irani)  ties the knot with someone else.

The funny and relatable post has won Instagram over. Many can't help commenting on the scene from the show.

"You are incredibly funny! Love your self-deprecating humour," says one Instagram user. "It's so cool you post such memes! Smriti ji you are an inspiration... more power," says another.

What do you think of Smriti Irani's post? Tell us using the comments section.