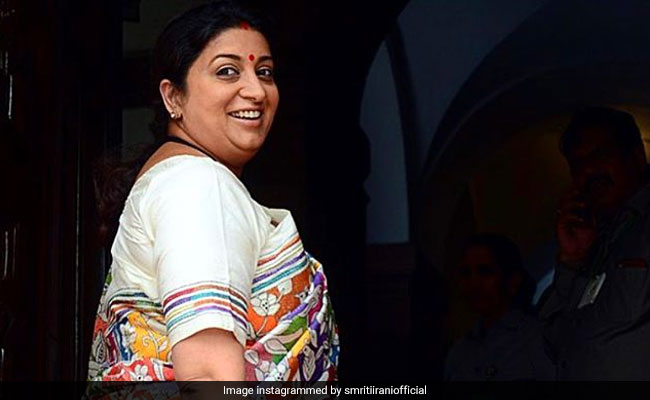 Union Minister Smriti Irani is Insta-famous for her Monday posts. Ms Irani's Instagram history is proof enough of her dislike for the dreaded first working day of the week. So this morning, her fans and followers were expecting a usual Monday blues post - but it came a little later in the day.

Since being shared online just about half an hour ago, Ms Irani's post has collected over 4,000 'likes' and a ton of comments.

"You are awesome!" wrote one person in the comments section. "Such a fabulous insta handle you have mam!" said another.

In the past too, Ms Irani has often amused her Instagram family with hilarious Monday posts. Take a look at some of them below:

Which of these posts made you laugh out loud? Let us know using the comments section.