The crash involved at least 50 vehicles and led to a major highway being shut down. 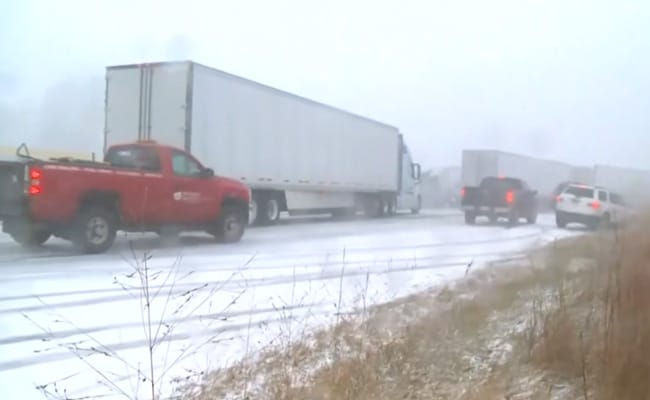 At least 50 vehicles were involved in a crash in Iowa.

Intense snow caused multiple vehicles to collide with each other end in a pileup in Iowa, USA, on Monday. The crash involved at least 50 vehicles and led to a major highway being shut down between Altoona and Des Moines, reports WCVB. One person was injured in the accident, which occurred just before 11am and involved cars, semitrucks and other passenger vehicles.

According to AccuWeather, it was a quick-moving snowstorm that created treacherous driving conditions in the state. Heavy snow, coupled with gusts of wind, led to a drop in visibility and slick roads, which likely contributed to the multi-vehicle pileup. Crashes were also reported in other parts of Iowa.

Iowa State Patrol spokesman Sargent Alex Dinkla said to the Des Moines Register that one person was injured after the wreck in the westbound lanes of I-80. No fatalities were reported in the pileup, but police are still accounting for all vehicles involved.

Emergency crews responded to the scene of the wreck. The roadway was closed for a few hours while they worked to clear the area.