She Thought There Was A Ghost In Her Home. It Was A Man Living In Her Closet 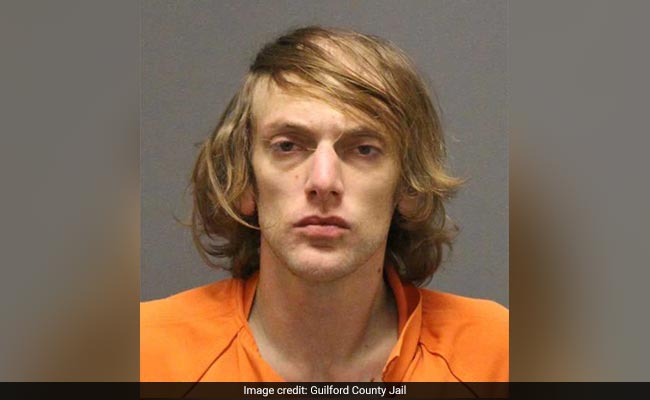 Andrew Clyde Swofford has been charged with misdemeanor breaking and entering.

The woman said she used to joke about the ghost that haunted her apartment.

Maddie, a student at the University of North Carolina at Greensboro, who identified herself only by her first name, explained to WFMY-TV that her clothing had mysteriously disappeared in the past. Moreover, the junior told other local news outlets this week she had previously noticed handprints on the bathroom walls. They weren't hers.

On Saturday, Greensboro police say, Maddie confronted her "ghost" after hearing something rattling in her closet.

"Who's in there?" she recalled asking in the interview with WFMY. As she pressed against the closet door, she realized a spirit wasn't responsible for the sounds.

Maddie told the station that she tried making an emergency call from her smartwatch, to not avail. When she felt the man pushing the door open and the stranger promised he wouldn't harm her, Maddie relented.

The intruder begged Maddie not to call police. She contacted her boyfriend and chatted with the man to keep him busy as he exhibited more strange behavior.

"He tries on my hat. He goes in the bathroom and looks in the mirror and then is like 'You're really pretty, can I give you a hug?' " she recalled to Fox 8. "But he never touched me."

Maddie told WFMY that she felt somewhat bad for the man, who left once her boyfriend arrived.

Ronald Glenn, spokesman for the Greensboro County Police Department, said police arrested 30-year-old Andrew Clyde Swofford shortly afterward at a nearby gas station. Swofford was charged with misdemeanor breaking and entering, Glenn said. Inmate records also show previous charges, including larceny and failure to appear in court on felony counts. He is being held in Guilford County Jail on $26,000 bond.

"I've heard of other incidences of people walking into the wrong apartments . . . but as far as somebody being in somebody's closet, I haven't heard that before - that's pretty unique," Glenn said. He added that there was no sign of forced entry at Maddie's residence.

Maddie told Fox 8 that she no longer felt safe inside her apartment, where she's encountered intruders in the past. She said she notified her leasing office after discovering two men in the living room on Dec. 19.

An employee with Burkley Communities, the property management company, told Fox 8 that the locks had been changed at the time but a police report wasn't filed, which was "standard protocol."

Maddie told WFMY that she had already signed a lease for a new apartment.