She Thought Her Dog's Nose Fell Off. Then, A Twist In The Tale

"His actual nose was on the floor. I started freaking out," wrote Jade Murray 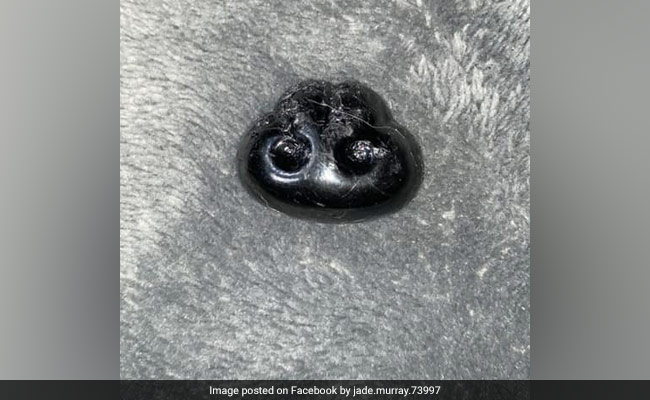 Jade Murray thought her dog's nose had fallen off.

One woman's stressful dog-sitting experience has gone viral online. Jade Murray of Coventry, UK, took to Facebook to recount the incident on Tuesday. She said she was looking after her mother's dog, Lenny, when she noticed something unusual on the floor.

"I had no idea what it was," Jade wrote in her now-viral Facebook post. A closer look revealed it to be a dog's nose - or at least that's what she thought.

"I had a closer look only to discover what was his nose that had fallen off and was just lying there on the floor."

Jade says that she started panicking after discovering the nose on the floor. "His actual nose was on the floor. I started freaking out thinking he's never going to sniff again on his walks and I know he loves doing that," she wrote.

She also added that she was worried that Lenny the dog would be pain, and "thinking how on earth am I going to tell my mum that whilst in my care - the dog's nose has managed to fall off."

Luckily, for Jade (and Lenny) there was a happy ending to this tale. Jade says she eventually gathered up the courage to pick up the nose, only to then realise it belonged to a stuffed toy and not her pet dog.

"Anyway, I eventually plucked up the courage to pick it up because I thought nah surely not, this cannot be..only to then realise he's bitten the nose off one of his soft toys and his nose still remains."

Jade concluded her post by reassuring everyone that Lenny's nose "is in full working order and completely attached to his face".

Her hilarious Facebook post has garnered over 1 lakh 'shares', more than 2 lakh reactions and thousands of amused comments.

"Never laughed so much in my life," wrote one person. "This is brilliant," said another, while a third just added a row of laughing face emojis.