Shashi Tharoor On "Sad Superheroes" Photos: "What Are These Amazing People Doing?"

Reacting to hilarious images showing "sad superheroes in Kerala", Shashi Tharoor on Friday asked, "what are these amazing people doing dressed like this anyway?" 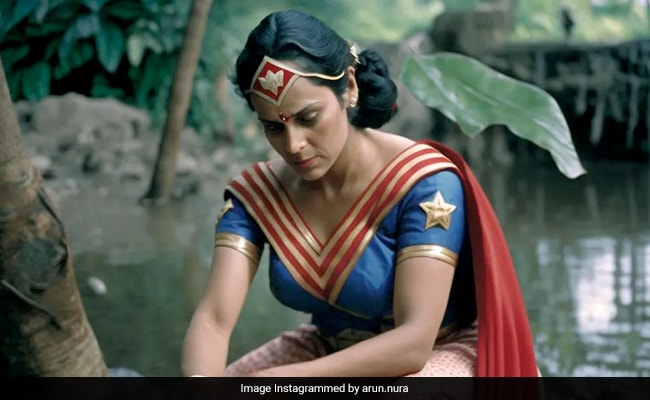 The pictures were originally shared on Instagram by user Arun Nura.

Congress leader Shashi Tharoor is quite active on his social media and knows how to keep his nearly 8.4 million Twitter followers entertained. Now, reacting to hilarious images showing "sad superheroes in Kerala", the politician on Friday asked, "what are these amazing people doing dressed like this anyway?"

"Is there a context? An explanation?" Mr Tharoor wrote while replying to a tweet, featuring four images. While one of the pictures showed a person dressed in a Batman costume standing in the middle of a field with an umbrella, another image showed a woman wearing a Wonder Woman costume struggling with washing clothes.

What are these amazing people doing dressed like this anyway? Is there a context? An explanation?

The pictures were originally shared on Instagram by user Arun Nura. In the caption of the post, he explained every image.

"Batman worried about his crops being attacked by bats. Wonder woman struggling with washing clothes. A boring day for Iran man. Superman being sad not seeing her lover Black Window on the last bus. Superman about to cry inside a tea shop in Ulloor," Mr Nura wrote.

Meanwhile, on social media, the pictures have gone viral. While on Twitter they garnered over 3,200 likes, on Instagram they have accumulated more than 53,000 hearts. "This is beautiful. Exactly the thing I wanted to see on Twitter!" wrote one user. "This is some wild imagination!" said another.

Meanwhile, previously, Mr Tharoor shared a picture of an old 1919 cartoon predicting how technology would impact human lives in the coming years. Interestingly, it resembles where we as humans have reached with technological advancements and their deep impacts on our lives. Many internet users were left baffled looking at the cartoonist's foresight.