Read inOther Languages
This Article is From Sep 30, 2020

"Requesting all in Peshawar to share photos of my ancestral house (if you've clicked the pic)," wrote Dilip Kumar on Twitter. 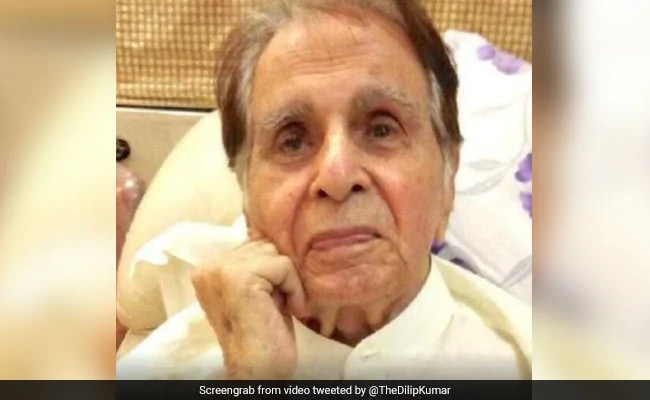 Dilip Kumar's ancestral house is located in the heart of Peshawar city in Pakistan.

Bollywood veteran Dilip Kumar, 97, received a glimpse of his ancestral house in Peshawar, thanks to a journalist from Pakistan. On Tuesday, journalist Shiraz Hassan posted four photographs of Dilip Kumar's ancestral house, which is over a 100 years old and located in the heart of Peshawar city in Pakistan. The actor responded this afternoon, thanking him for the pictures and requesting "all in Peshawar" to share photos of the house, if they had any.

Dilip Kumar's ancestral house was declared a national heritage site in 2014 by the then Nawaz Sharif government. It made the news recently when the provincial government in Pakistan's Khyber-Pakhtunkhwa decided to purchase it in a bid to conserve the historic building, which today lies in shambles.

Situated in the fabled Qissa Khwani Bazar, this is the house where the Mughal-e-Azam actor spent his early years before the partition. It is situated in the same neighbourhood as Raj Kapoor's ancestral home, which will also be purchased by the government.

"Thank you for sharing this," wrote Dilip Kumar while responding to the pics. "Requesting all in #Peshawar to share photos of my ancestral house (if you've clicked the pic) and tag #DilipKumar."

Thank you for sharing this. Requesting all in #Peshawar to share photos of my ancestral house (if you've clicked the pic) and tag #DilipKumarhttps://t.co/bB4Xp4IrUB

Shared less than four hours ago, his request has already received a few responses.

I passed through your house some days ago but didn't click. Will do next time. Best wishes. #DilipKumar

According to a report by news agency PTI, the Department of Archaeology in Khyber-Pakhtunkhwa province has decided to allocate sufficient funds for purchasing the ancestral houses of Raj Kapoor and Dilip Kumar.

An official letter has been sent to the Deputy Commissioner of Peshawar to determine the cost of both the historic buildings, where the two greats of Indian cinema were born and raised in their early days before the partition, said Dr Abdus Samad Khan, the head of department of archaeology.

Mr Khan said the owners of the two buildings made many attempts in the past to demolish them for constructing commercial plazas in view of their prime location but all such moves were stopped as the archaeology department wanted to preserve them keeping in view their historic importance.