Serena Williams Speaks Out In Support Of Meghan After Oprah Interview

"I know first hand the sexism and racism institutions and the media use to vilify women and people of colour," wrote Serena Williams 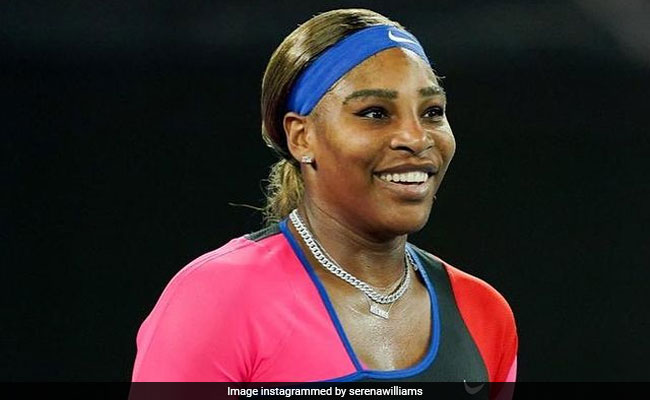 Serena Williams shared a post in support of her friend Meghan, Duchess of Sussex.

Tennis star Serena Williams has spoken out in support of her "selfless friend, Meghan Markle" after the latter raised allegations of racism against the British Royal Family in a history-making interview with Oprah Winfrey. During the two-hour special that aired Sunday night on CBS, Meghan and Harry made a host of startling revelations, including the fact that Meghan's request to seek help for her deteriorating mental health - exacerbated by negative press coverage - was denied by the institution, and that members of the royal family raised concerns about "how dark" their unborn baby could be.

Serena Williams, who has faced racist attacks for most of her career, said that she could identify with Meghan in that they have both had to battle sexist and racist institutions.

Meghan, who is African-American, became the target of sexist and racist coverage in British tabloids after she married Prince Harry in 2018. Opening up on a barrage of negative media coverage she faced as part of the royal family, Meghan, 39, told Oprah that the British press drove her to the point where she began having suicidal thoughts.

Harry said that his family's continued silence on the issue of British tabloids and their racist coverage of his wife "hurt" him. "The saddest parts I guess was over 70 members of parliament, female members of parliament .. came out and called out the colonial undertones of articles and headlines written about Meghan, yet no one from my family ever said anything over those three years," he said.

In a note shared on Instagram, Serena Williams said that Meghan's words illustrated the "pain and cruelty she's experienced."

"I know first hand the sexism and racism institutions and the media use to vilify women and people of color to minimize us, to break us down and demonize us," wrote Serena Williams, who, in 2018, accused an umpire of sexism and treating her more harshly than men. The 2018 outburst during the US Open inspired a cartoon that came under severe backlash for its racist and sexist overtones - it portrayed the tennis superstar with exaggerated physical proportions, throwing a temper tantrum.

In her Instagram post, Serena William further said that we must "recognise our obligation to decry malicious, unfounded gossip and tabloid journalism."

She said that she hoped to see Meghan's daughter, her own daughter and all others grow up in a society driven by respect.

Meghan Markle and Serena Williams met in 2014 and became close friends. Serena was among the handful of close friends invited to Meghan's royal wedding in 2018. She also co-hosted Meghan's baby shower in New York City the following year.