Sea cucumbers live on the ocean floor and they eat with tube feet that surround their mouths. 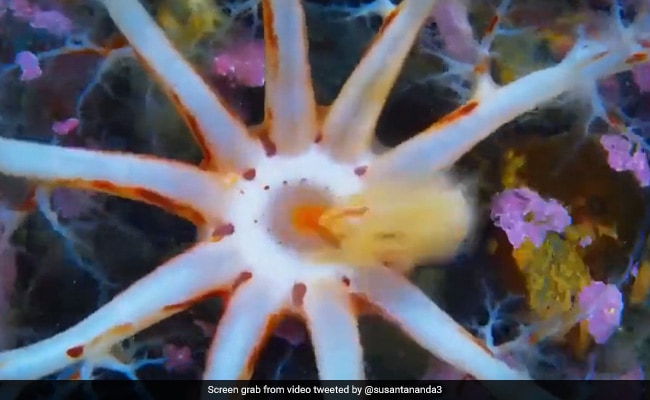 The 10-second-clip is surely enough to give anyone nightmares.

The ocean is a mysterious place as so much of it is still unexplored because it is so vast and goes down so deep. Scientists make discoveries almost every day about strange creatures. Now, a video of one such weird-looking deep-sea creature called sea cucumber has surfaced online and has left the internet stunned.

The 10-second-clip is surely enough to give anyone nightmares.

Since being shared, it has garnered over 16,000 views and hundreds of likes. One user wrote, "Movies don't need to go into deep space for inspiration, there is enough strange stuff available in our oceans and their deep trenches." Another jokingly added, "That's how I eat too."

A third user hilarious compared the weird-looking creature to his children and wrote, "That just reminds me of how my kids eat popcorn at the movies when me and my wife had our own bags," while a fourth simply commented, "Scary stuff".

Meanwhile, according to National Wildlife Federation, sea cucumbers are part of a larger animal group called echinoderms, which also contains starfish and sea urchins. They live on the ocean floor and they usually feed on algae, aquatic invertebrates and waste particles. They eat with tube feet that surround their mouths.