When Popatrao Pawar took over as the sarpanch of Hiware Bazar in 1989, the Maharashtra village was struggling with frequent droughts. 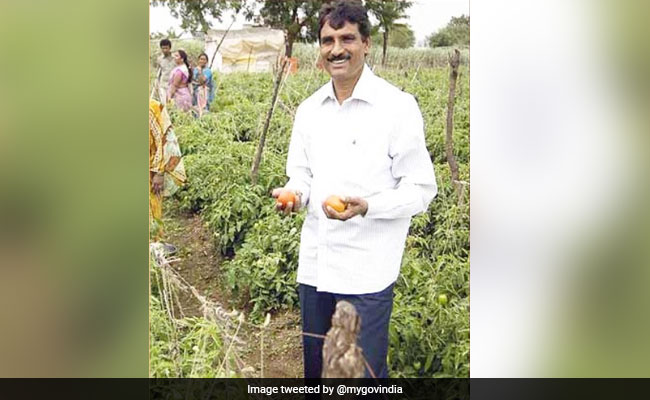 When Popatrao Pawar took over as the sarpanch of Hiware Bazar in 1989, the Maharashtra village was struggling with frequent droughts, low agricultural yield, lack of resources and an alcohol problem. According to Culture Trip, Hiware Bazar, located in a rain-shadow area, typically received less than 15 inches of rainfall a year - leading to drought-like conditions

It was Mr Pawar's policies that transformed the village into a model of development.

Mr Pawar, inspired by Anna Hazare, started a rainwater harvesting and watershed conservation and management programme in Hiware Bazar. These programmes, along with the planting of lakhs of trees, have been credited for transforming Hiware Bazar into the "green model village" it is today.

From just 90 wells in the 1990s, Hiware Bazar today has around 294 water wells. The solution of the village's water problem with the help of contour trenches to recharge groundwater also revived farming as a source of income. Villagers abandoned the use of water-intensive crops and also began to focus on cattle farming. This, in turn, brought in huge revenue from milk production.

According to the website Noticeboard, Popatrao Pawar also banned alcohol in the village, made HIV test mandatory before marriage, and turned it into a nearly mosquito-free area. All these policies together turned Hiware Bazar into a self-sufficient, clean and green village.

Union Minister Piyush Goyal recognised Mr Pawar as one of the nation's unsung heros in a video tribute to the winners of Padma Shri 2020.

Nation's Jewels: Meet our unsung heroes, kind and selfless souls, who have contributed to the society in the true spirit.

Truly deserving of the Padma Shri award, their extraordinary lives and desire to transform the nation will inspire generations to come. pic.twitter.com/sa3vKF6qhk

Mr Pawar is currently the executive director of Maharashtra state government's model village programme. He is one of the 118 recipients of prestigious Padma Shri Award. Other names on this list include environmentalist Tulasi Gowda, filmmaker Karan Johar, social worker Harekala Hajabba and more.