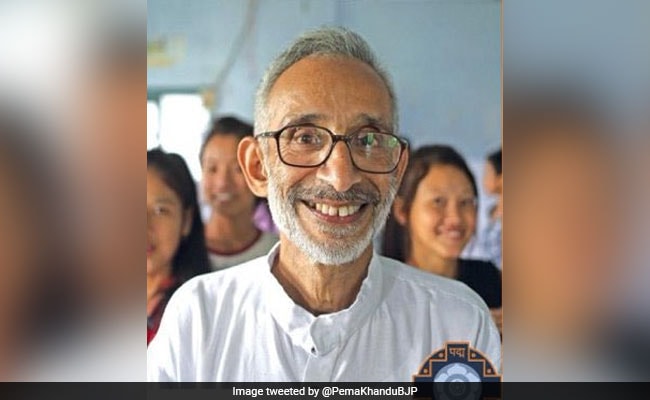 Sathyanarayan Mundayoor has been conferred with the Padma Shri.

Union Minister Piyush Goyal recently praised the "unsung heroes" of the nation in a video tribute to Padma Shri winners. "Meet our unsung heroes, kind and selfless souls, who have contributed to the society in the true spirit," wrote Mr Goyal. "Truly deserving of the Padma Shri award, their extraordinary lives and desire to transform the nation will inspire generations to come."

One such name on the list is Sathyanarayan Mundayoor, a man from Kerala who has played a "seminal role" in spreading education in Arunachal Pradesh. Mr Mundayoor quit his government job as a Revenue Officer in Mumbai and shifted to Lohit in Arunachal Pradesh in 1979. Also known as Uncle Moosa, he has been conferred with the Padma Shri for his work in the field of education.

Sathyanarayan Mundayoor has played a seminal role in spreading education in Arunachal Pradesh.

Usha Chaumar, a former manual scavenger and president of Sulabh International, is at the forefront of promoting environmental sanitation.

Mr Mundayoor has been credited with promoting education and fostering a culture of reading in the remote areas of Arunachal Pradesh.

According to Time8, Sathyanarayan Mundayoor worked as an education officer for Vivekananda Kendra Vidyalaya till 1996. During that time, he organised book exhibitions and, in 2007, set up a library for children as part of the Lohit Youth Library Movement. This library was named the Bamboosa Library.

Today, he has established 13 Bamboosa Library in remote areas like Wakro, Anjaw and Chongkham.

After he was awarded the country's fourth highest civilian honour, the chief minister of Arunachal Pradesh, Pema Khandu, praised Mr Mundayoor. "Congratulations to the true gem of Arunachal who has dedicated his entire life for upliftment of education in Arunachal," he wrote in a tweet.

Sathyanarayan Mundayoor is one of the 118 recipients of the Padma Shri for 2020.