Sanjal Gavande was born in Kalyan and dreamed of building a spaceship even as a child. 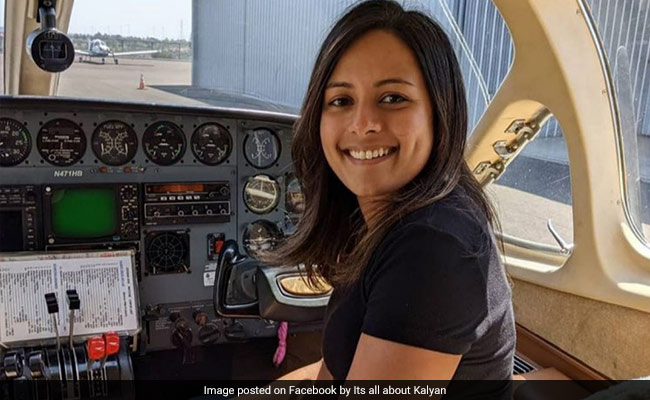 Sanjal Gavande, 30, is part of the team that built the Blue Origin rocket.

A 30-year-old woman from Maharashtra is part of the team of engineers that built Blue Origin's suborbital space rocket New Shephard, which will carry Blue Origin founder Jeff Bezos and three others to space on July 20. A systems engineer at the spaceflight services company, Sanjal Gavande was born in Kalyan and dreamed of building a spaceship even as a child.

"I am really happy that my childhood dream is about to come true. I am proud to be a part of Team Blue Origin," Ms Gavande told Times of India over a phone call from the US.

Sanjal Gavande is the daughter of Ashok Gavande, a retired employee of the Kalyan-Dombivli Municipal Corporation, and Surekha, a retired MTNL employee who told TOI that her daughter had been interested in space since she was a child.

After completing her bachelor's in Mechanical Engineering from the University of Mumbai, Sanjal Gavande left for the US to pursue a master's in mechanical engineering at Michigan Technological University. "She worked with Mercury Marine after finishing her Masters at Wisconsin. Then she went to work with Toyota racing development at Orange City in California," her father Ashok Gavande told India Today.

"People told us that she is a girl, so why has she opted for mechanical engineering? I also thought sometimes about whether she would be able to handle such hard work. She has now made us all proud. She had a dream of design aerospace rockets and she has achieved it," Ms Gavande's proud mother said.