Roger Federer Reveals How Many Pairs Of Shoes He Has

Roger Federer revealed that he has "few hundred" pairs of shoes and said he has "enough space" for his footwear collection. 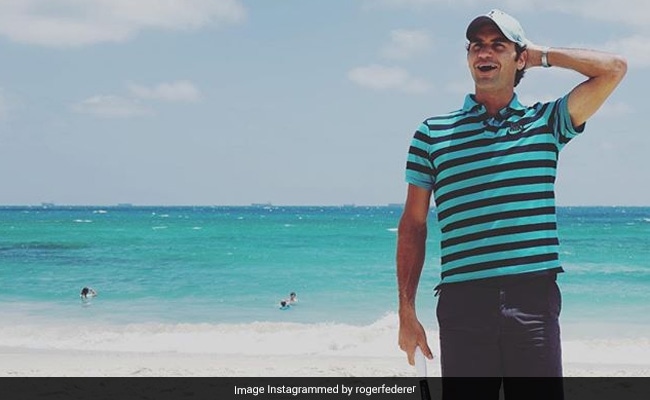 Roger Federer has gone on to become the face for Nike for over 20 years.

Roger Federer's rising stature as the Swiss tennis master and his attacking prowess has mesmerised everyone across the world for the last several years. Such has been his popularity that the 38-year-old has gone on to become the face for Nike for over 20 years.

Federer, who recently started a cooperation with On shoes, revealed that he has "few hundred" pairs of shoes and said he has "enough space" for his footwear collection.

"You don't have to have 250 pairs of sneakers. I can tell you that. But I think obsession can definitely lead to some good things sometimes because you really follow something that you're really passionate about. And when you do that, passion doesn't feel like work," the World Number 3 was quoted by Tennis World USA as saying.

"It's been more (of a) fun process. Of course, it can become excessive and then it becomes dangerous. Then you need to take a break. You need to take a step back with everything you do because if you do it too much you sometimes lose the fire," he said.

Federer said he has been a fan of On shoes and remarked that he was excited to begin his new innings with the Swiss company.

"I have been a fan of On and its products for a while. But after talking to the founders, I realised we have a lot more in common than just our Swiss roots. I am excited to be part of the On team and to work on the future of a next-generation global sports brand," the Swiss maestro said.

"It's not going to stop now. But thankfully I have enough space -- I feel like you can always use space for shoes, but I think have a few hundred for sure. I don't think working on On has felt like work or business," Federer further said.