Ratan Tata's Response To Being Called "Chhotu" Is Winning Instagram 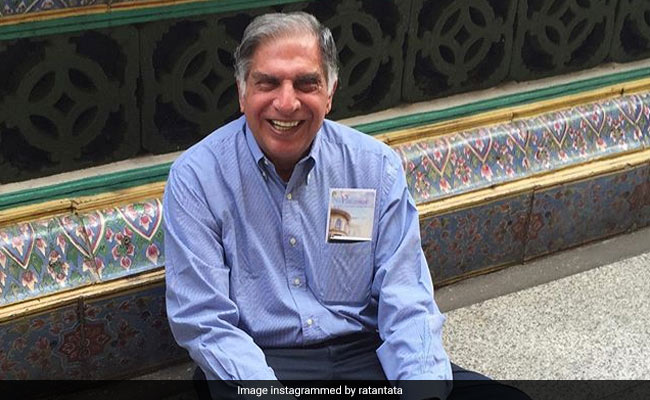 Ratan Tata, Chairman Emeritus of Tata Sons, has won netizens over with his measured response to an Instagram comment calling him "chhotu". Mr Tata, 82, had joined Instagram in October last year after a long absence from public life. On Tuesday, as he reached one million followers on the photo and video sharing platform, the businessman put up a post to celebrate the milestone.

"This wonderful online family is not what I expected when I joined Instagram and I have you to thank for it," wrote Ratan Tata in an Instagram post that has been 'liked' by more than 3.7 lakh people.

I've just seen that the number of people on this page has reached a milestone. This wonderful online family is not what I expected when I joined Instagram and I have you to thank for it. I do believe that the quality of connections you make in this age of the internet is far greater than any number. Being a part of your community and learning from you is truly exciting and makes me very happy and I hope our journey together continues.

While many in the comments section showered compliments on Mr Tata, one Instagram user was criticised for referring to him as "chhotu" in a congratulatory comment.

"Congratulations chhotu," the Instagram user wrote, and was immediately bombarded with a flurry of messages calling the comment "disrespectful" and "shameful". In follow-up comments, she defended her use of the term "chhotu", writing "he is an idol for every one" and "from love I can say anything."

While many continued to criticise her choice of words, Mr Tata himself himself responded to the comment.

"There is a child in each of us. Please treat this young lady with respect," he wrote, adding a smiley face at the end. 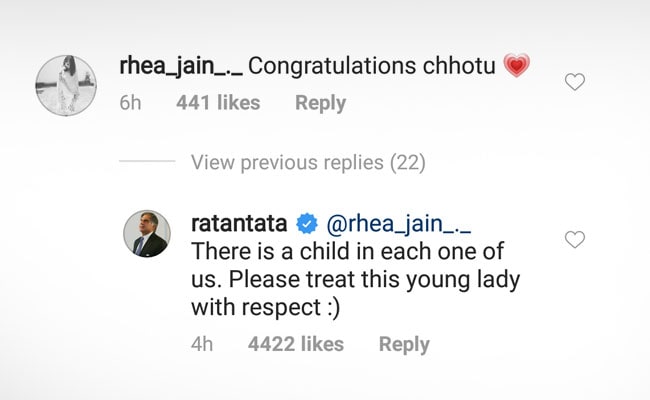 "You are a truly," wrote one person, while another complimented him by saying "Wonderful reply, sir."

On Wednesday, Mr Tata addressed the issue again in a series of posts shared through Instagram stories. "A very innocent young lady expressed her heartfelt sentiments yesterday and called me a 'kid' in one of her comments," he wrote in the first of three posts. 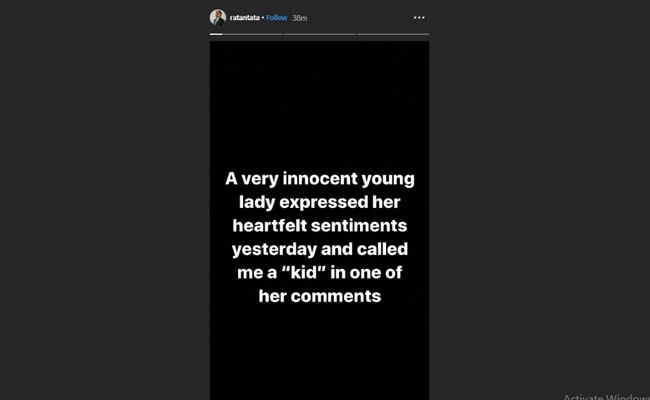 He continued by saying that she was "bullied and disrespected" for her comment and that he appreciated her "heartfelt note". 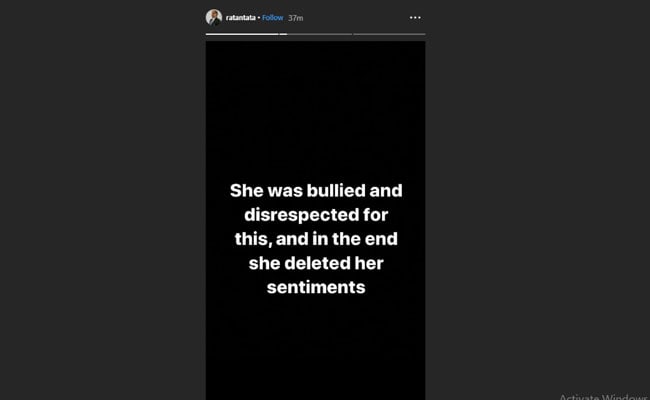 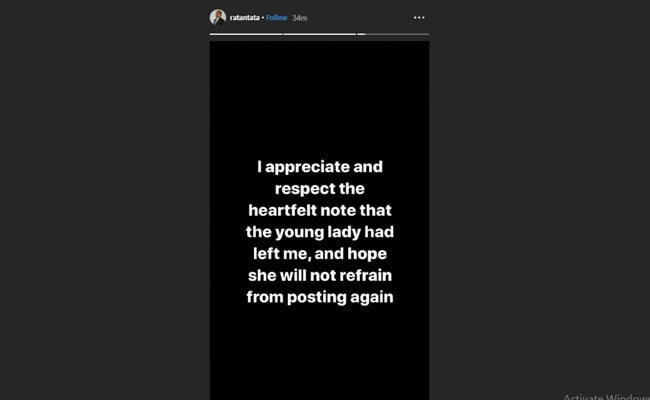 What do you think of Ratan Tata's response? Let us know using the comments section.