Rajiv Gandhi was 40 when he became prime minister of India after his mother, former Prime Minister Indira Gandhi, was assassinated in 1984 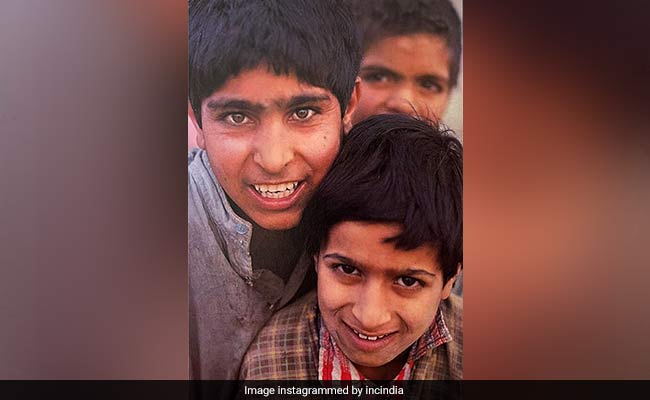 A photograph taken by Rajiv Gandhi.

On Rajiv Gandhi's 77th birth anniversary, the Congress party shared a series of photographs taken by India's youngest prime minister to date. Rajiv Gandhi was 40 when he became prime minister of India after his mother, former Prime Minister Indira Gandhi, was assassinated in 1984. Unlike his younger brother Sanjay Gandhi, Rajiv Gandhi, a pilot, had initially stayed largely away from politics. He had a passion for flying and music, but only a few are aware that he was also an accomplished photographer.

Photographs taken by Rajiv Gandhi cover a broad spectrum - from wildlife to architecture to some striking portraits. In the series of photographs taken by the late prime minister, which were released by the Congress today, the last slide includes three pictures of his mother, Indira Gandhi.

"India, photographed by #RajivGandhi," the Congress wrote while sharing the pictures on Instagram. They also used the hashtag #RememberingRajivGandhi.

"Two great Prime Ministers in one frame," the Congress captioned the photo.

Rajiv Gandhi, who served as the prime minister from 1984 to 1989, was born on August 20 in 1944. He was assassinated by the LTTE during an election campaign in 1991. On his 77th birth anniversary, his daughter Priyanka Gandhi Vadra shared some poignant words for her father.

"The brave do not fall silent before injustice, They speak up for what is right and good, They do not cower when it is dark, They stand strong, They spread the light of truth across skies blackened by deceit. The brave never die," read the note, shared alongside a childhood picture of Ms Vadra with her father.

August 20 is also celebrated as Sadbhavana Diwas or Harmony Day.