Read inOther Languages
This Article is From Dec 08, 2020

Twitter 2020: Bollywood megastar Amitabh Bachchan's announcement that he has tested positive for the novel coronavirus was the most quoted tweet of this year. 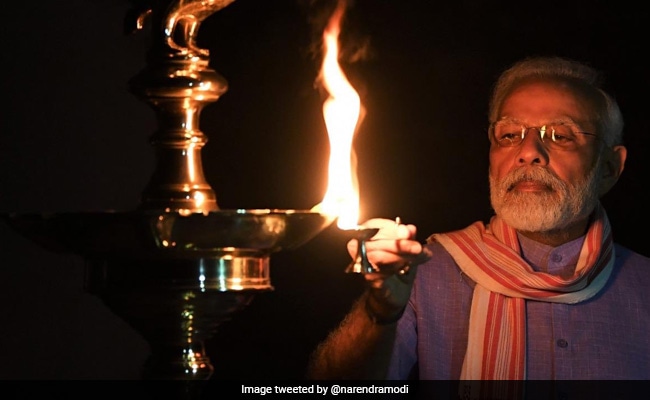 In politics, the most retweeted tweet was from Prime Minister Narendra Modi

2020 is coming to a close and while this year has been very difficult as the coronavirus pandemic affected millions across the globe, Twitter has curated some of its most retweeted and likes tweets across politics, entertainment and sports.

Bollywood megastar Amitabh Bachchan's announcement that he has tested positive for the novel coronavirus was the most quoted tweet of this year. His son Abhishek Bachchan, daughter-in-law Aishwarya Rai Bachchan and granddaughter Aaradhya had also tested positive in July this year.

T 3590 -I have tested CoviD positive .. shifted to Hospital .. hospital informing authorities .. family and staff undergone tests , results awaited ..
All that have been in close proximity to me in the last 10 days are requested to please get themselves tested !

The most liked tweet from this year was India's cricket captain Virat Kohli and actor Anushka Sharma's pregnancy announcement in August. Mr Kohli's tweet was, "And then, we were three! Arriving Jan 2021" with a photograph of the power couple.

The tweet has over 6.4 lakh likes on the microblogging site.

In politics, the most retweeted tweet was from Prime Minister Narendra Modi. His call to light lamps and diyas wishing for good health amid the raging pandemic fetched over a lakh retweets. PM Modi's tweet featured four photos of him lighting diyas with a shlok in Sanskrit.

"During his 9 PM - 9 Mins' public address, Prime Minister Narendra Modi requested the people of India to light lamps from the safety of their homes as a symbolic gesture of solidarity towards one other. This tweet became the most retweeted tweet by a politician," Twitter India said.

The most retweeted tweet in business this year was from industrialist Ratan Tata whose message of support from his company during the tough pandemic was heavily praised.

The COVID 19 crisis is one of the toughest challenges we will face as a race. The Tata Trusts and the Tata group companies have in the past risen to the needs of the nation. At this moment, the need of the hour is greater than any other time. pic.twitter.com/y6jzHxUafM

In sports, the most retweeted tweet was from former cricket captain Mahendra Singh Dhoni.

"An Artist, Soldier and Sportsperson what they crave for is appreciation, that their hard work and sacrifice is getting noticed and appreciated by everyone. thanks PM @narendramodi for your appreciation and good wishes," Mr Dhoni had tweeted.

An Artist,Soldier and Sportsperson what they crave for is appreciation, that their hard work and sacrifice is getting noticed and appreciated by everyone.thanks PM @narendramodi for your appreciation and good wishes. pic.twitter.com/T0naCT7mO7

The most retweeted tweet came from south superstar Vijay. His photo with a bustling crowd of fans from Neyveli in Tamil Nadu got almost a whopping 1.5 lakh retweets.

The most tweeted about people's movements from this year were #StudentLivesMatter, #ShaheenBagh and #FarmersProtest.

And finally, the most tweeted meme on Twitter this year was #Binod - a viral trend that took the internet by storm where users started posting only the word 'Binod' in comments.

Here is a roundup:

This year's Twitter roundup certainly brings back some good memories and positivity as the world still battles coronavirus bravely.