Pilot Filmed Sleeping In Cockpit, Punished After Video Is Viral

His co-pilot, who filmed him dozing off while in the cockpit of a Boeing 747, has also been reprimanded. 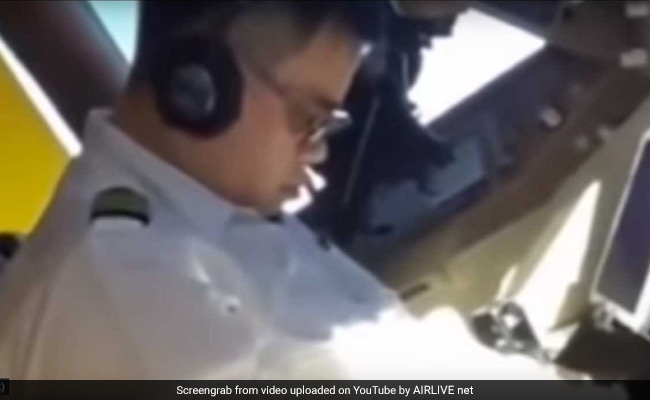 Weng Jiaqi was filmed sleeping in the cockpit mid-flight

A pilot for China Airlines landed in a soup after a video of him sleeping in the cockpit mid-flight went viral earlier this week. South China Morning Post reports that the pilot has now been punished by the airline. His co-pilot, who filmed him dozing off while in the cockpit of a Boeing 747, has also been reprimanded.

The pilot was identified as Weng Jiaqi, a senior pilot for China Airlines - Taiwan's national carrier. He had almost 20 years of experience.

The video going viral shows him with his head down and eyes closed. While it is not clear when the video was filmed, it gained attention after it was shared in a report on Taiwanese TV network EBC on Wednesday.

"In this instance, the pilot himself voluntarily reported his inappropriate behaviour in the cockpit to China Airlines," the carrier said in a statement to Daily Mail.

"The co-pilot has also been reprimanded according to regulations. Flight safety is of paramount importance to China Airlines."

The video surfaced just days after pilots for China Airlines ended a seven-day strike over issues such as pilot fatigue and long working hours, reports Daily Mail. The airline says the clip was filmed before the strike began.

Last year, a small plane overshot its destination in Australia by almost 50 km after its pilot fell asleep in the cockpit.