People Can't Get Over This Desi Version Of The F.R.I.E.N.D.S Theme Song 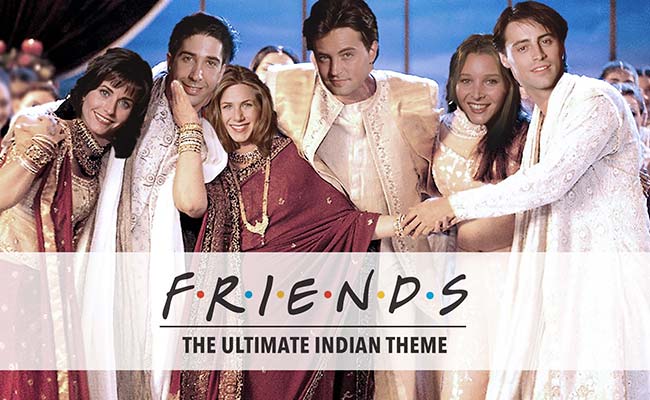 If it hasn't been your day, your week, your month, or even your year, you should watch this version of the F.R.I.E.N.D.S theme song, given a masala tadka by Dubai-based composer Mahesh Raghvan.

This instrumental version of The Rembrandts' I'll Be There For You is available on the composer's YouTube channel and he writes: "If FRIENDS was a Bollywood family drama instead, this is what the theme would sound like!"

This isn't his first rodeo though - Mahesh Raghvan has also shared desi versions of the show themes from Sherlock and Game of Thrones. But it's this F.R.I.E.N.D.S rendition you just won't be able to get out of your head.

Since being published on August 24, the video has amassed almost 50,000 views. Special mention for the composer's awesome Photoshop skills.

"I couldn't stop smiling throughout the video... so awesome!" says one commenter. "I hope this video gets so viral that one of the cast sees and knows how much we love them," says another.

Promoted
Listen to the latest songs, only on JioSaavn.com
You'll be playing this one on loop.