This Pakistani Father Of 35 Now Aims For 100 Children 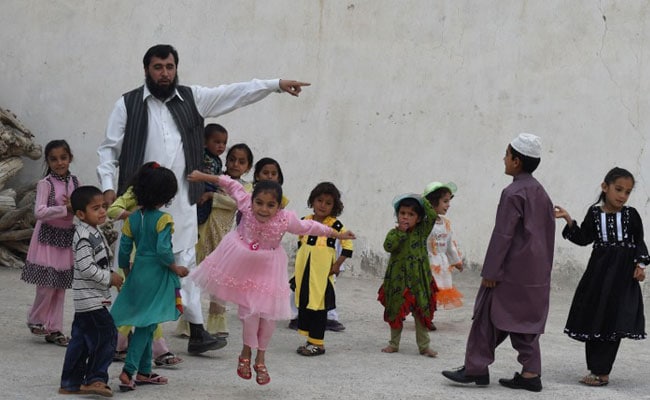 Pakistani father Sardar Haji Jan Mohammad Khilji plays with some of his children at his residence in Quetta. (AFP Photo)

Quetta, Pakistan: A Pakistani father of 35 is now searching for a fourth wife as he romps towards his goal of 100 children, a dubious ambition in the conservative Muslim country where polygamy is rare but still practiced.

Sardar Jan Mohammad Khilji, 46, says he believes it is his religious duty to have as many children as possible.

Insisting it is "very rare" that he mixes up his children's names, the medical technician said he juggles their affections by taking turns to attend family events with them and their mothers, such as weddings.

His three current wives support his procreational and matrimonial goals, he said, adding that they all live in harmony together -- though he would not allow AFP to speak with them. 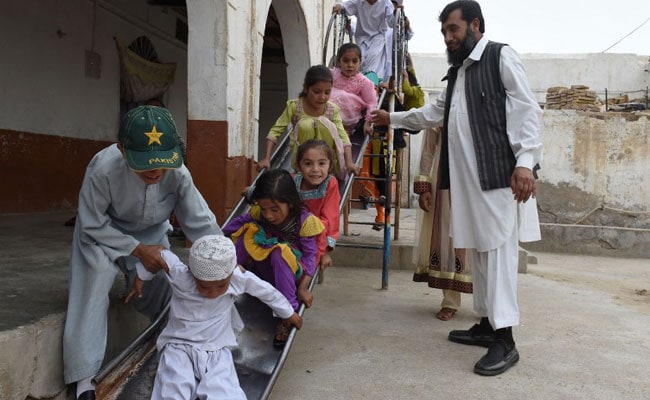 Sardar Haji Jan Mohammad Khilji is now searching for a fourth wife as he romps towards his goal of 100 children. (AFP Photo)

Rights activists warn it is women and children who suffer most in polygamous marriages.

Pakistani men are permitted to take up to four wives under Islam, though to do so they must seek permission from their first wife and an arbitration council.

It remains rare for men to take multiple wives in the country, but when polygamy does take place, studies have shown it can result in "depression and despair" among wives, while children often struggle to know their father, said Rafia Zakaria, a women's rights activist.

The Koran, she told AFP, dictates that multiple wives may be taken only when a husband can do "perfect justice" among them.

"Well, perfect justice is impossible, and for this reason polygamy is never a good situation," said Zakaria, who campaigns against the practice.

"Someone always suffers and almost always it is the women and children," she added.

"We lawyers are well aware of social problems surrounding polygamy," he said. "Women and children undergo mental agony due to these affairs." Pakistani father Sardar Haji Jan Mohammad Khilji poses with some of his children at his residence in Quetta. (AFP Photo)

The tension can lead to serious legal disputes over property and rights after the father's death, he said.

A case of mangoes

Denied his permission to speak, Jan's wives could not describe what life is like for his sprawling dynasty, who all live together in a five-bedroom mud hut in the outskirts of Quetta in restive Balochistan province.

At least two of his children appear to support his goals, however, including his eldest child Shagufta Nasreen.

"A large family is like Allah bestowing a case of mangoes," the 15-year-old explained, adding that she hopes to go into medicine like her father.

Jan's eldest son, 13-year-old Mohammed Esa, also wanted to emulate the patriarch -- but he has set his sights even higher, resolving that he will have more than 100 children.

Jan, who claims he is a qualified medical technician, runs an unregulated clinic where he treats people for minor ailments such as headaches, adding that as he is "serving humanity" he charges just 250 rupees ($2.30) per patient while providing his services to the poor for free.

He also runs a seminary funded by donations where nearly 400 students -- including four of his sons -- are studying the Koran, and says he pays for 20 of his 35 children to attend private school.

The household expenditures of his growing empire, however, can reach up to 120,000 rupees per month -- more than ten times Pakistan's average -- in a neighbourhood that lacks basic amenities such as tap water and sewage, he said.

He insisted he has never faced any financial problems trying to care for his brood, but did not explain how he could cover all the expenses with just pay for his medical work.

Jan conceded that his needs may increase as his children grow and so is calling on the government to allocate funds for the food, education, and healthcare of his family -- a request that is unlikely to be fulfilled.

But Jan has faith. If the government does not listen, he said, he trusts in God to provide.

Pakistan has the highest birth rate in South Asia -- around three children per woman according to World Bank and government figures -- though an accurate census has not been conducted in more than 30 years. 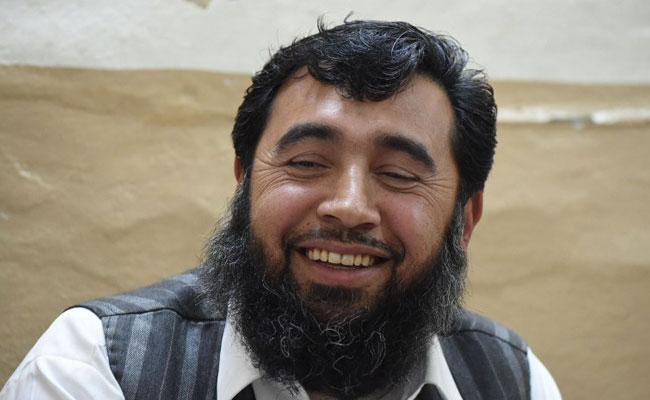 Jan put his fertility down to daily doses of fresh and dry fruits, milk and meat; as well as reciting the Holy Koran and praying five times a day.

While his eldest child is 15, his youngest is just a few weeks old. At the beginning of March he was still a father of merely 33, but that month two more daughters were born within six days of one another, he says.

His marriages were all arranged by his parents. "I married the first one...when I was 26 years old, and the next year wedded the other two within a gap of five months," he told AFP.

His next wedding, however, could be arranged via Facebook: since his story aired in Pakistani media, he says, he has had a slew of marriage offers via the social network.

A large poster on the wall at Jan's house carries the symbol he used when he ran for provincial office in 2013: a double bed, which, he told AFP, "denotes special pleasure and meaning in my life".

That time at least, his ambition fell short: he garnered 980 votes, not nearly enough to win.