"Awesome! India has so much talent," wrote one person in the comments section. 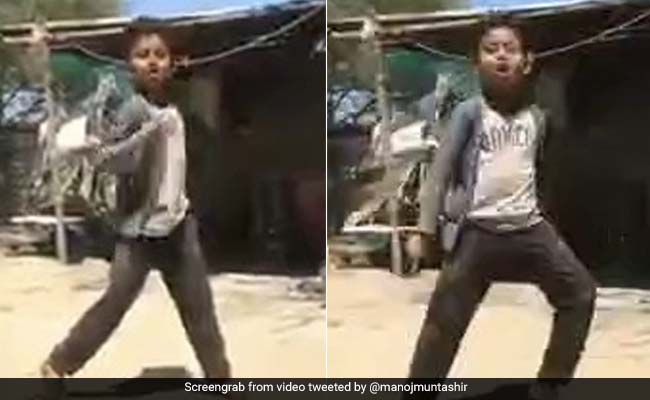 This boy's dancing skills have impressed millions of viewers.

When you dance to the songs of Govinda, you have some pretty big shoes to fill. Widely considered to be one of the best dancers Bollywood has seen, Govinda was famous not just for his dancing skills but also for his spot-on expressions and the energy he brought to each song. Now, a video going viral online shows a young boy matching the actor on all these counts and more.

The video shows the boy dancing to some of Govinda's greatest hits - from Kisi Disco Mein Jaaye to Main Toh Raste Se Ja Raha Tha. Though the video has been circulating online for at least three months, it gained viral attention recently when lyricist and screenwriter Manoj Muntashir shared it on Twitter.

"Such crazy talent is only found in mud houses, not the showrooms of nepotism," wrote Mr Muntashir while sharing the video on the microblogging platform three days ago, where it has amassed over a million views and thousands of impressed comments. He also urged his followers to encourage the young dancer by making his video famous.

Take a look at the dance video below:

Since being shared on Twitter three days ago, the video has collected 1.4 million views. Many praised the boy's talent on the microblogging platform.

"Amazing performance," wrote one person on Twitter. "Awesome! India has so much talent," another said.