On #WomenInScience Day, See Inspiring Stories Of Women Who Made A Difference

On #WomenInScience Day, here are some women who have made important contributions to science 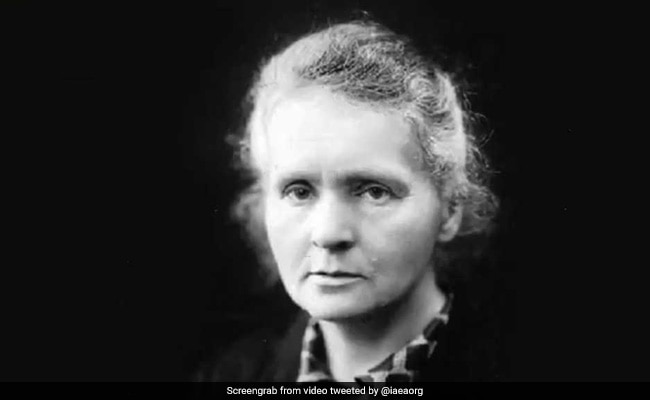 "Marie Curie is a great example of why we must invest in women and girls in science" says one tweet.

In 2015, the United Nations General Assembly adopted a resolution declaring February 11 as the International Day of Women and Girls in Science. Today, as the hashtag #WomenInScience trends on Twitter, organisations around the world are using it to honour the women who contributed to science in the past, and highlight those who are leading innovation today.

According to UN Women, less than 30 per cent of researchers worldwide are women, and only around 30 per cent of all female students select STEM-related fields in higher education. "Long-standing biases and gender stereotypes are steering girls and women away from science related fields," they write, urging everyone to support #WomenInScience.

Here are some inspiring stories of women who have made, and are making, important contributions in science:

We're celebrating the International Day of Women and Girls in Science!

Let's look back on the life of Marie Skłodowska Curie - the first woman awarded a #NobelPrize; first person awarded the prize twice; and only person to receive it in two scientific fields. #WomenInSciencepic.twitter.com/28FqOCGgqB

"Marie Curie is a great example of why we must invest in women and girls in science," wrote the International Atomic Energy Agency in their tweet.

Happy #WomenInScience Day!
Marie Curie is a great example of why we must invest in women and girls in science. pic.twitter.com/MCUD5Sbvcz

Nobel Laureate Dorothy Crowfoot Hodgkin was also honoured by The Nobel Prize. She was "one of the most outstanding X-ray crystallographers of her time," they said in their tweet.

“I was captured for life by chemistry and by crystals.” Nobel Laureate Dorothy Crowfoot Hodgkin was one of the most outstanding X-ray crystallographers of her time.

She determined the structure of penicillin and vitamin B12, and the 3D structure of insulin.#WomenInSciencepic.twitter.com/1n42LbToyk

UNDP India shared the story of Akanksha Kumari from New Delhi, who "defied convention" to become an electrical engineer.

Gender is not a barrier to pursue your dreams! Akanksha was constantly pressured into believing that fashion was her only career choice, she fought back to pursue her dream of becoming an engineer.

Listen to her story on #WomenInScience Day!#WomenInSTEM#WomeninScience4SDGspic.twitter.com/IRXl038Kmd

The Antarctic Report used the #WomenInScience Day to share a throwback picture of the six women who arrived at the South Pole 50 year ago. "Today, thousands of women work in Antarctic science," they say.

The beginning of a rich legacy: it's International Day of Women in Science, 50 years ago this year, the first women arrived at the South Pole; 6 in total, 5 scientists, 1 science writer. Today, thousands of women work in Antarctic science #WomenInScience#STEM, pic @USNavypic.twitter.com/fFtk0RtiEN

Here are some of the other posts celebrating women in science:

Shout out to all the amazing #WomenInScience on this #InternationalDayofWomenandGirlsinScience

“Believe in yourself ... you have to try,” says Astrophysicist Dr Fatoumata Kébé @Obs_Paris

Join us on 11 Feb, Int'l Day of Women & Girls in Science, to celebrate all the inspirational #WomenInScience! One of them is Katherine Johnson, who helped send to the with her calculations! pic.twitter.com/oJyyswIVFC

Polish biomedical engineer and medical physicist Wioletta Kozlowska fell in love with science at a young age. “First, I wanted to become an astronaut, then I had a fling at biology, chemistry and medicine.”

More about #WomenInScience at CERN: https://t.co/DzeL4BoVDb#CERNKTpic.twitter.com/BHE5jKxRun

How inspiring are their stories, right?