The cryptocurrency was trading around $40,000, the lowest it has been since Elon Musk’s big embrace in February 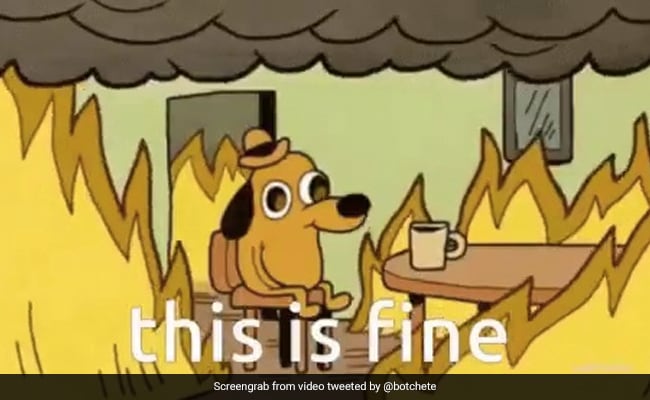 Twitter users are having a field day creating and sharing memes on Bitcoin.

Bitcoin fell to around $40,000 (roughly Rs. 29 lakh) on Wednesday, extending its losses that began with Elon Musk's back-and-forth remarks on the world's largest digital currency over the past week. The Tesla CEO first raised concerns over the rapidly increasing use of fossil fuels for mining and transaction of Bitcoin, saying his electric vehicle-making company will no longer accept payments in the digital currency. Then his tweet caused confusion whether Tesla was dumping its Bitcoin holdings.

Bitcoin was trading at $39,976 at the time of writing this report, the lowest it has been since Musk's big embrace in February, when Tesla revealed it had bought $1.5 billion (roughly Rs. 10,974 crore) worth of Bitcoins. Even as investors are heartbroken, Twitter users are having a field day, sharing memes about the cryptocurrency, those who have invested in it and Musk, alleging he single-handedly triggered the massive crash.

My Binance portfolio last week vs this week #Bitcoinpic.twitter.com/iFT1ZR9sfO

#Bitcoin traders and @elonmusk relationship in the past few days is complicated pic.twitter.com/AM7hwS6Z5c

Anyone that has money in crypto right now 😩#cryptotwitter#cryptocurrencies#ShibaCoin#ShibaCoin#Bitcoin#ETH#HODLpic.twitter.com/APA5rHgaow

At one point of time, not so long ago, Bitcoin was trading at an all-time high of $65,000, after Tesla embraced the cryptocurrency in February. Months down the line, the company reversed its position on accepting payments in the cryptocurrency.

On Sunday, a Twitter user suggested that those who've invested in Bitcoins would be very disappointed next quarter after finding out that Tesla had already dumped the rest of its Bitcoin holdings. To this tweet, Elon Musk replied, “Indeed”. This created widespread confusion that the billionaire tycoon was implying that Tesla has sold or may sell the rest of its Bitcoin holdings.

Mr Musk then did clarify that the speculation was unfounded, but the downward spiral of Bitcoin had already accelerated. He has previously said that he supported cryptocurrencies and of late has endorsed Dogecoin, a meme currency, over Bitcoin.

Elon Musk has 55.2 million followers on the micro-blogging site, and even a cryptic tweet from him can move millions of them to change their perception as this incident has shown.

Woman Claims She Is "Allergic To Gravity", Spends 23 Hours A Day In Bed Due To Rare Syndrome