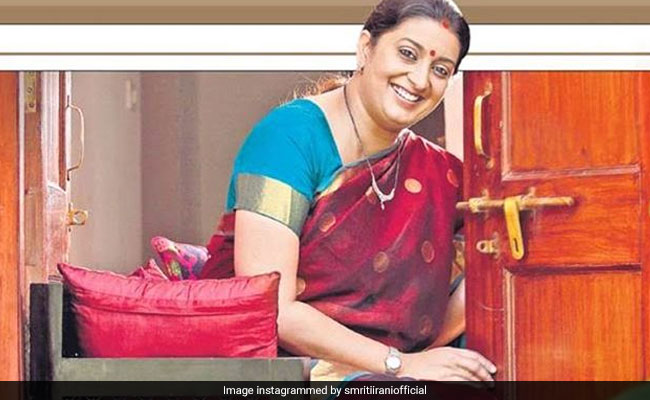 Smriti Irani responded to a tweet on "Fifty Shades Of Grey".

"There is an English book. Everything is not black and white. There are fifty shades of gray in between," said Mr Tewari during a debate on ending special status to Jammu and Kashmir under Article 370.

The comment caused quite a stir on social media. So when Smita Prakash, editor of news agency ANI, tweeted about the incident and remarked that people should Google "Fifty Shades Of Grey" to get a better idea of what they were talking about, Smriti Irani responded.

"Maine bhi yahi kaha house mein (that's what I said too)," she wrote, ending her tweet with a 'facepalm' emoji.

Her tweet has been 'liked' over 3,000 times in a matter of minutes and has collected a number of amused comments.