On Anushka Sharma's Birthday, Her Return Gift For Furry Friends

"This has been my calling for years now and my dream is finally coming true," she wrote on Instagram. 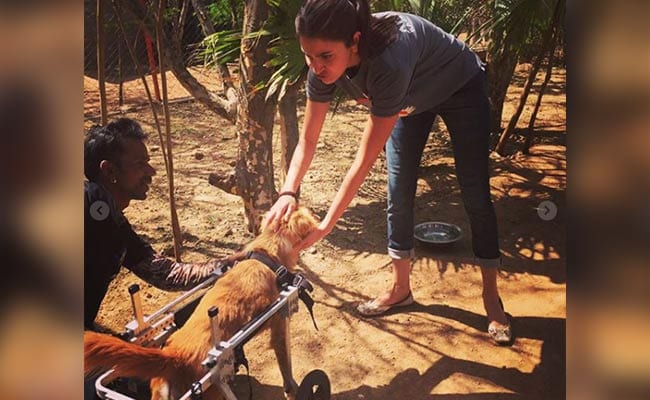 Anushka Sharma at an animal shelter in Udaipur in April 2017

New Delhi: Bollywood actor and producer Anushka Sharma is celebrating her 30th birthday today. On her special day, her husband and India cricket captain Virat Kohli posted an adorable image of the couple along with a heartfelt message on Twitter. "Happy B'day my love. The most positive and honest person I know. Love you," he tweeted. While celebrations must be on for Anushka Sharma's Big 30, the actor decided to give back in the best way possible. In a birthday post on Instagram, Anushka Sharma announced her plans of building an animal shelter just outside Mumbai. The actor, an animal lover, said the shelter will provide a home for those animals that are "stranded, left to fend for themselves, have to brave harsh surroundings."

Promoted
Listen to the latest songs, only on JioSaavn.com
"On my birthday, in my own little way, I'm starting something that will give our fellow living being equal rights, equal care and equal love," she wrote on Instagram. "This has been my calling for years now and my dream is finally coming true."

The actor's noble initiative won her praise not just from her fans but also friends and colleagues including Alia Bhatt, Aesha Dhawan and Mahi Vij. 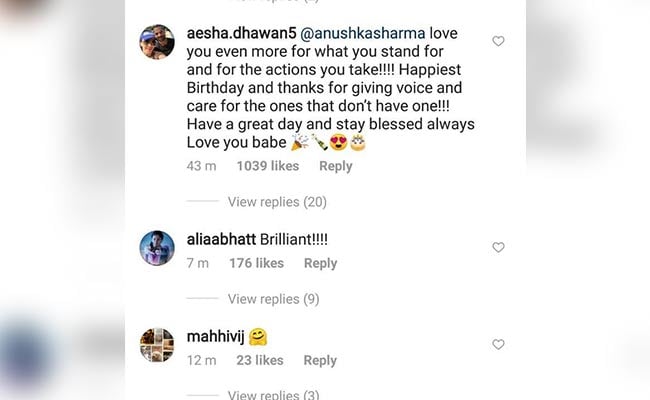 Anushka Sharma actively supports causes related to animal welfare. In the past, she has spoken about not bursting firecrackers on Diwali and not throwing colours on animals on Holi.

The actor who has a furry friend of her own, named Dude, recently shared a proud moment when her pet donated blood to save another dog's life. She encouraged other pet owners to do the same.

Anushka Sharma also regularly delights her Instagram follower with adorable photos of animals she encounters on film sets or otherwise.

We absolutely love Anushka Sharma's latest initiative and hope it inspires others to look out for our furry friends everywhere.Click for more trending news