A statement released by Rishi Kapoor's family says that the actor "remained jovial... through two years of treatment across two continents." 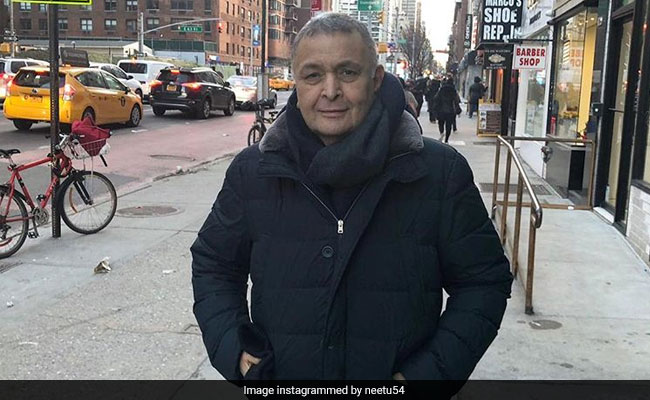 Actor Rishi Kapoor has died at the age of 67 in Mumbai.

Rishi Kapoor has died in Mumbai. He was 67. The veteran actor, known for his work in films like Bobby and Chandni, fought a long battle with cancer, returning to Mumbai after months of treatment in the US. Yesterday, his brother Randhir Kapoor confirmed to news agency PTI that the actor had been taken to hospital in the morning. "He is in the hospital. He is suffering from cancer and he has some breathing problem, so he has been admitted to the hospital. He is stable now," Randhir Kapoor told PTI.

Rishi Kapoor was known for his firebrand personality on social media, quite different from the roles that earned him the epithet of Bollywood's 'chocolate boy' in the Seventies. On Twitter, where he had over 3.5 million followers, Mr Kapoor was not known to mince words - whether it came to reviewing Michelin star restaurants or schooling trolls. His tweets often left his fans in splits.

Take a look back at five times Rishi Kapoor owned social media with his posts:

In March, the actor had slammed a troll who questioned whether he had stocked up on liquor amid the call for a nationwide lockdown. "Anyone cracking jokes about my country or on my lifestyle, will be deleted. Be aware and warned," he had written in a sternly-worded tweet that collected over 16,000 'likes'.

ANYONE CRACKING JOKES ABOUT MY COUNTRY OR ON MY LIFESTYLE, WILL BE DELETED. BE AWARE AND WARNED. THIS IS A SERIOUS MATTER. HELP US TO TIDE OVER THE SITUATION.

In 2016, his observation on fast-fashion clothing had also left his fans amused. Posting a picture of distressed jeans and a shredded top he spotted at Zara, Mr Kapoor took a dig at the trend that left people chuckling. His tweet collected nearly 6,000 'likes' on the microblogging platform.

This, however, was not the only fashion-related observation from Mr Kapoor that has gone viral on social media. Last year, he was shocked to see the price tags on some high-end sneakers in New York, and shared a picture for his followers to see.

Zoom on to the prices below and see it. Reminded of the saying. “Joota sone ka ho ya chaandi ka-pehna toh jaata hai paon mein” Crazy! pic.twitter.com/6NjemHFtzE

But while the actor took digs at others, he did not shy away from a little self-deprecating humour. This tweet from 2015 is proof:

It was also in 2015 that Mr Kapoor had taken to the microblogging platform to remind Ranbir Kapoor fans that he was not his son's "mailbox". In two separate tweets to get the point across, Rishi Kapoor requested netizens to avoid sending him messages meant for Ranbir, who is not on social media.

Another thing. I am Not and repeat NOT Ranbirs Post Box that you can drop messages or post them. Thank you,I remain yours truly-Rishi Kapoor

A statement released by Rishi Kapoor's family says that the actor "remained jovial... through two years of treatment across two continents." The family also requested well-wishers and fans to respect lockdown rules.