Man Accidentally Got $1 Million Cheque From Bank. He Gave It Back 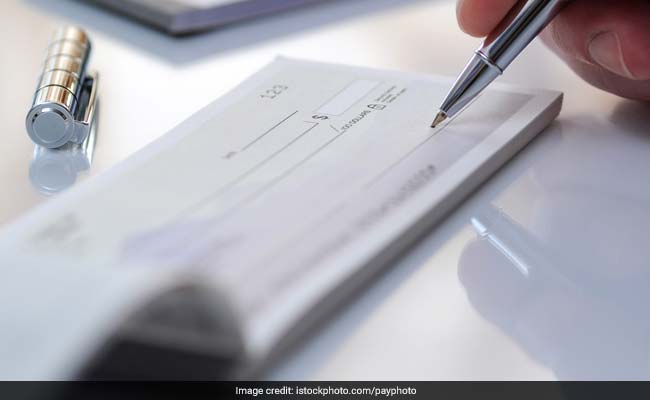 Fortunately for Bank of America, the family decided to return the cheque (Representational Image)

What would you do if you unexpectedly got a cheque for a million dollars? Spend it? Save it? One man from the United States "freaked out" upon seeing a Bank of America cheque issued in his name - for a whopping $1,000,017.98.

North Carolina's Eric Gabriel told WSOCTV he and his family "freaked out" and jumped up and down, staring at the cheque in disbelief when he got it in the mail last month.

He admitted that the prospect of becoming an overnight millionaire was tempting.

"I could feel my flesh say, 'I want this,' but it wasn't mine," Mr Gabriel told WSOCTV. "All these thoughts run through your mind, like, 'Oh, I can do this. I might not even have to work.'"

Fortunately for Bank of America, the family eventually decided to return the cheque.

"They basically said, 'Oops, we made a mistake,' and that's all they said," Mr Gabriel told WSOCTV.

Declining to get into specifics, Bank of America confirmed to The Charlotte Observer that a mix-up happened in May and admitted it involved a bank customer in North Carolina's Waxhaw, a town of about 10,000 people.

"From our perspective, we resolved the issue and we appreciate the customer reaching out and letting us know about it," a bank communications executive told The Charlotte Observer. "It was a mistake. It was fixed."

Last year, a South African university student splurged on clothes, a party and a new smartphone after roughly $1 million was accidentally into her account. By the time the company that hands out student funding realised what had happened, the student had already spent $61,250 of the money.Click for more trending news

Cursed Toys To Sheep Heart: Museums Compete Over Who Has Creepiest Object