The viral post makes a false claim. Here's the truth. 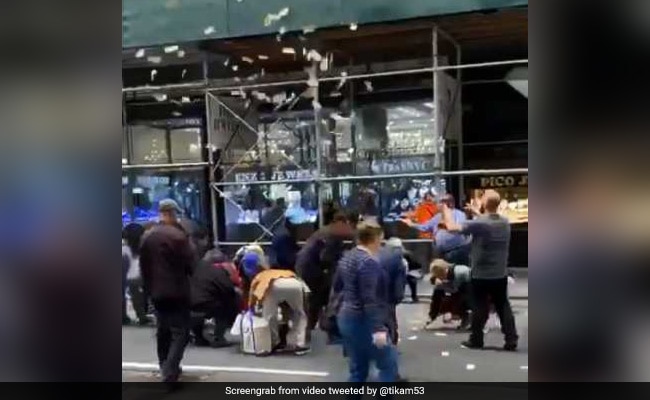 A video of a money shower in New York has gone viral online.

A day after Prime Minister Narendra Modi's landslide win in the national election, a video began to do the rounds of Indian social media. The video shows a man showering money into the air in Manhattan, New York. The post accompanying the video claims that it features an Indian millionaire in the US who threw $100 bills around to celebrate PM Modi's win. People in the video can be seen rushing to collect the banknotes.

While the video has been widely shared and viewed on social media as well as messaging platforms like WhatsApp, it is actually not true.

The video features an American rapper who goes by the name 'TheGod Joe Kush', and not a wealthy Indian as the post claims. Joe Kush, in fact, put up a video of the incident on his own Instagram page about a week ago - a few days before the election results were even announced. The video, taken from a different angle, shows him throwing $5 bills into the air, not $100 bills as the viral post claims.

The video, therefore, has been circulated with the fake claim that it shows an Indian man celebrating the BJP's victory in the Lok Sabha elections.