Over 13 million views for Nike's ad on Twitter alone. 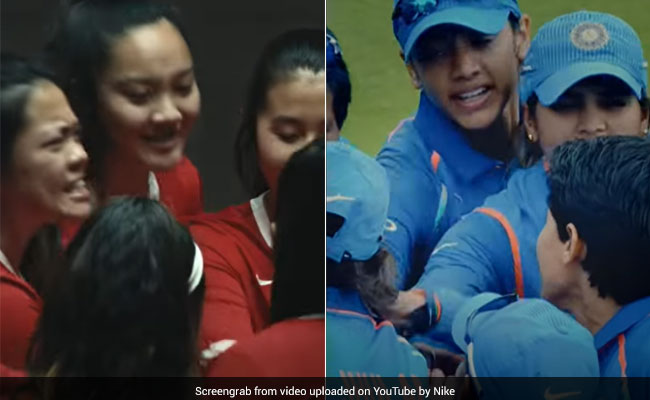 Nike ad: 'You Can't Stop Us' is the latest Nike ad creating waves on the Internet.

Nike seems to have outdone itself with its latest advertisement, even for a brand known for its exceptional commercials. For its latest 'You Can't Stop Us' ad, Nike's creative agency Wieden + Kennedy Portland has stitched together old videos in a way that is being praised as a marvel of editing on social media.

The 'You Can't Stop Us' ad uses archival footage to deliver a message on the unifying power of sports at a time when the coronavirus pandemic has cancelled or postponed several sporting events. The 1 minute 30 seconds video features the likes of Lebron James, Cristiano Ronaldo, Serena Williams, Colin Kaepernick and, for a split second, the Indian women's cricket team.

One line from the massively viral ad sums it up its message of hope nicely: "No matter how bad it gets, we will always come back stronger."

With a voiceover by American soccer player Megan Rapinoe, the powerful advertisement features 36 pairings of athletes using a split screen. Nike's team reportedly combed through 4,000 pieces of footage to create the astonishing montage that has won high praise on social media, collecting more than 13 million views in less than a day on Twitter alone.

"Because as athletes*, we are never alone. Sport unites us. Strengthens us. Keeps us pushing ahead. No matter what, we will always come back stronger, together," the apparel and footwear company wrote while releasing the ad on YouTube. "You can't stop sport. Because you can't stop us."

Watch the Nike ad below:

Nothing can stop what we can do together. You can't stop sport. Because #YouCantStopUs.

The ad has garnered over 13.4 million views on Twitter, and another 7.3 million on YouTube. Take a look at some of the comments it has garnered:

I kneel before the folks who put this together for @nikepic.twitter.com/1PC7PULKXS

The amount of footage they had to comb through for matching, other than any shots they setup, must have been astounding. A feat in itself. Such an amazing edit.

Entire books could be written about this 4 second clip from the new nike ad pic.twitter.com/dIadAMlfde

Some ads are simply art. This thing will win awards. The editing this thing took is unreal. Well done @Nike. https://t.co/Dqngc5rSfT

What do you think of this ad? Let us know using the comments section.