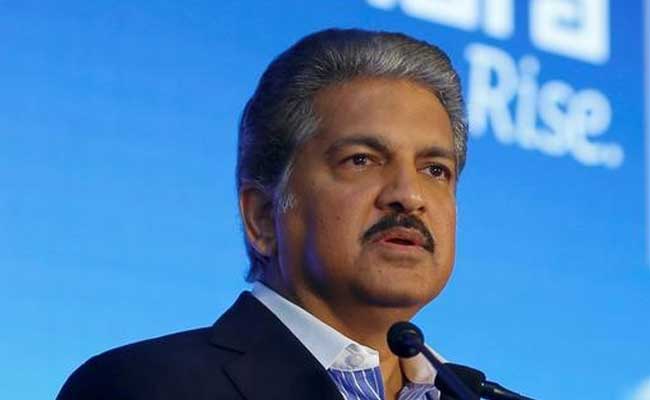 Here's what Anand Mahindra reads before the newspaper each morning.

NEW DELHI: If you're on the lookout for some mid-week motivation, this tweet by Mahindra Group's executive chairman Anand Mahindra is just what the doctor ordered. Ever wondered how the business tycoon starts his day? In a tweet posted earlier today, Mr Mahindra shares exactly what his morning reading comprises. Before he picks up newspapers or even taps his phone for some "online wandering," Mr Mahindra reads his company's manifesto. And the words on it are so inspiring, several on Twitter have decided to incorporate it in their life too.

In a tweet shared some three hours before writing this, Mr Mahindra says: "My morning reading... every day... before newspapers & online wandering." The tweet is accompanied with a picture of the manifesto. "The tough part is to live up to it," he adds on Twitter.

My morning reading...every day...before newspapers & online wandering. The @MahindraRise Manifesto. The tough part is to live up to it... pic.twitter.com/LxHmugQ8DH

The rousing lines have managed to win a lot of love on Twitter.

"Interesting and inspiring. Thanks for sharing Mr Anand," says one commenter on the social networking site. "What a perfect beginning for anything," says another.

Few even say they will make the note a part of their morning reading just like Mr Mahindra.

"Great, I have decided to do the same, we should see this as success manifesto of life," says a commenter.

Another Twitter user sought the business mogul's permission to use the note at his company.

"Awesome! Need your permission to implement the same in our company. We would try our best to live up to it," he says on Twitter.

The more the merrier. We want no IPR. It's open source! https://t.co/lPpuuHhq9i

What do you think about the note? Tell us using the comments section below.
Comments
Anand MahindraMahindra Grouptwitter reactions