The video shows Alba Flores in a saree and bindi as she plays the role of Shamira, a woman from Andhra Pradesh. 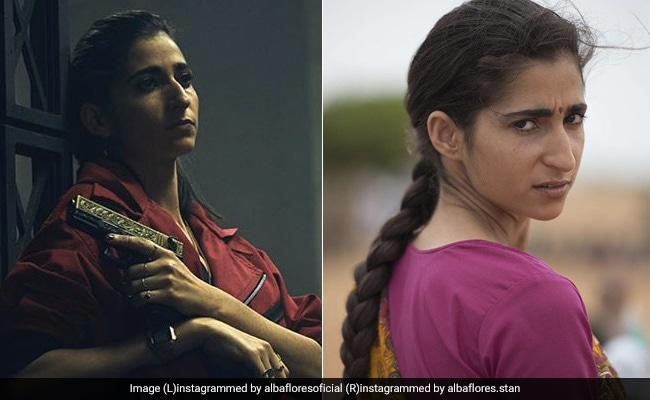 Alba Flores played the role of a woman from Andhra Pradesh in 'Vicente Ferrer'.

Fans of the hit Spanish TV show Money Heist have unearthed a video of actor Alba Flores, who plays Nairobi in the crime drama series, speaking fluent Telugu in one of her earlier roles. A video of Alba Flores, 33, essaying the character of a woman from Andhra Pradesh and talking in Telugu for her role in the 2013 movie Vicente Ferrer is now going viral online, delighting her fans.

The video shows Ms Flores in a saree and bindi as she plays the role of Shamira, a woman from Anthapuram in Andhra Pradesh. The clip from the Spanish movie was first posted on TikTok five days ago, where it quickly collected thousands of views. Since being reposted on YouTube, the video has gone viral with over 7.8 lakh views and more than 8,000 'likes'.

"Fallen in love with Alba Flores after this. She's so versatile," wrote one person in the comments section.

"This is unbelievable, Nairobi is speaking Telugu," said another.

Ms Flores' performance as a woman from Andhra Pradesh and her fluent Telugu has earned her a lot of praise on social media. On Instagram, a fan account dedicated to the actress also shared a few snapshots from Vicente Ferrer while complimenting her performance, writing: "Can y'all believe that she played such heavy roles right in the start of her career."

She is such a versatile actress, I'm totally amazed ???? Can y'all believe that she played such heavy roles right in the start of her career ???? I mean, if THAT was the start, I can't imagine what she'll do in the future, she's already above the skies right now, and she achieved ALL of this fame and love with side roles ???? She is really out there winning millons of hearts and blowing my mind a little more everyday with every second that passes ???? @albafloresoficial you are UNBELIEVABLE ???? The movie is called ‘Vicente Ferrer' ♥️ @albafloresoficial

Alba Flores' role as Nairobi in Money Heist has brought her international fame since the drama series began airing on Netflix. The show has become the streaming service's most-watched non-English show worldwide.

Kathmandu Gets A Glimpse Of Mount Everest From 200 Km Away. Pics Are Viral