Temjen Imna Along, Nagaland minister has shared a video showing rows of clouds floating down from a valley on Twitter on Monday. 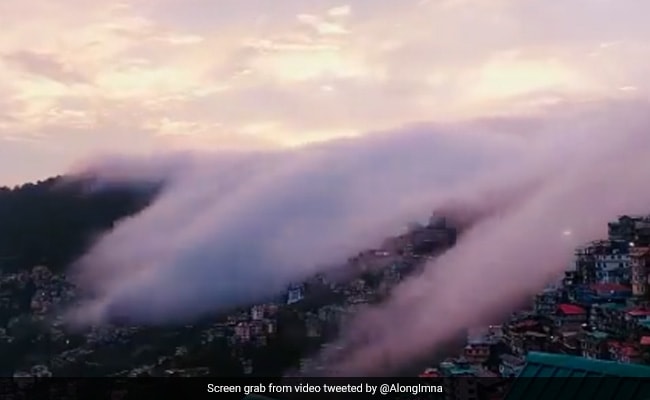 Picture shows rows of clouds floating down from a valley

Temjen Imna Along, Nagaland minister who is popular on social media, has shared a beautiful video with his followers on Twitter which is now viral. It shows rows of clouds floating down from a valley and the minister has asked Twitter users to guess the place.

"Clouds floating down the valleys, Isn't it beautiful? Guess the location. Thank you to Paolenthang Tuboi for capturing this mesmerizing video," the minister said in his tweet.

Clouds floating down the valleys,

The amazing footage begins with showing a locality, and within seconds, the clouds can be seen covering the entire area and drifting down the valley. The vista of little houses in the highlands is breathtaking. The video also depicts the landscape both in the morning and at night.

Since being shared on Monday, the video has amassed over 2.2 lakh views and more than 11,000 likes. Thousands of users have re-tweeted the post.

In the comment section, users have posted lovely remarks praising the beauty of nature while others can be seen guessing the name of the location.

"Very beautiful. Must be some town in Nagaland," a user wrote, while another said, "Beautiful, are you strumming and singing toooo?" They also shared photos from scenic places around the world, saying it resembles just like them.

Some users were, however, able to identify the place as the valley near Nagaland capital Kohima.

Temjen Imna Along had earlier amused social media users with his funny videos. In a very recent clip that went viral on Twitter, the minister was seen recalling his first visit to Delhi in 1999. Speaking at an event, he was also seen talking about several misconceptions people of the national capital had about culturally rich Nagaland.

Mr Imna is Nagaland's Minister of Higher Education and Tribal Affairs and state president of the Bharatiya Janta Party (BJP).